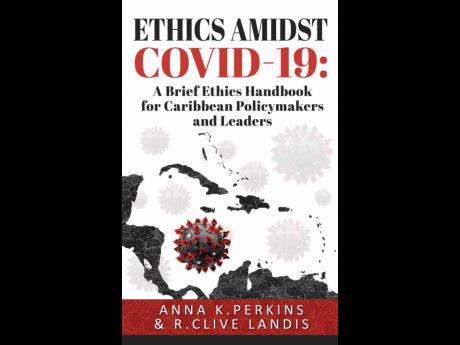 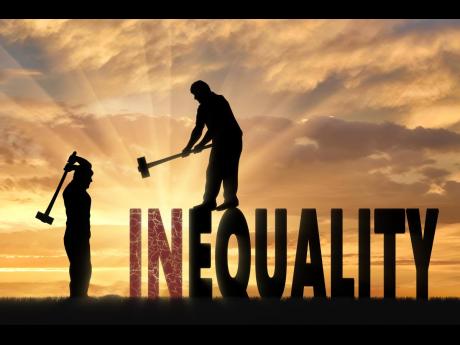 In the second part of this special initiative, we reproduce a chapter from the ethics handbook highlighting the need for solidarity. This handbook, written by Professor R. Clive Landis, chair of the task force, and Dr Anna Kasafi Perkins, ethicist and member of the task force, is part of the attempt to provide accurate and reliable information in the spirit of partnership, particularly to decision-makers, who bear different ethical burdens than the ordinary citizen, especially in the responsibility to make rules and impose policies that affect the lives of entire nations and peoples. The hope is to encourage ethical commitment and action among such persons as well as the ordinary citizen, who will also find the handbook useful.

REPRODUCTION OF THE ETHICS HANDBOOK

COVID-19 lays bare societal, regional and global inequities, insecurities and injustices. Contrary to some arguments, it is not the great leveller, bringing rich and poor, the haves and the have-nots, down to the same level of human vulnerability. Some persons are more able to protect themselves by self-isolating or being fortunate enough to have access to resources such as masks and stockpiled supplies. Others will suffer from the inability to secure their usual income due to depleted savings, layoffs, industry downturn. Rural dwellers, especially farmers, have their livelihoods threatened with the closing off of regular markets and the inability to flexibly connect with new markets in the short term. Much food wastage can result – even as many are threatened by starvation. Creative responses have been evident across the region, including the proliferation of roadside fruit vendors in Barbados and farmers’ markets across Jamaica.

The principle of solidarity, which maintains that a union or fellowship arising from common responsibilities and interests exists among members of society, calls us to put in place systems to both express and deepen those interests. In particular, these systems should address the needs of those who are more vulnerable, whose interests are often less countenanced. It is often forgotten that by putting such systems in place, the larger public good is maintained as a direct expression of these bonds of solidarity – everyone benefits. Trinidadian commentator Folaude Mutota emphasizes these bonds of solidarity when she calls upon her government to exercise empathic leadership “because we are all only as safe as the most vulnerable among us”. Informal workers, for example, are at risk because they are continue working in potentially risky environments and often live in overcrowded circumstances with limited access to sanitation. Singapore is a well-known case that bears out Mutota’s point. Initially, that city-state was lauded for its widespread testing and smart contact-tracing methods, which arrested the spread of the virus. This, however, was completely undermined because they “forgot” about the dreadful living conditions of the vulnerable migrants living in dormitories. The virus unerringly exploited this weakness in social relations, emphasising the vulnerability arising from interconnectivity; and the numbers of cases increased exponentially, causing Singapore to roll out a stringent but more inclusive response.

Looked at another way, our bonds of solidarity are strengthened when social trust is present. Social trust is a moral lubricant that operates behind the scenes in everyday life. It makes cooperation in daily life possible. The more bonds of social trust exist, the easier it is to conduct business and live together; the easier it is to respond to a public health crisis. Absence or low levels of this moral lubricant is often made clear during a pandemic. To not recognise the value of these bonds is to our peril as Bob Marley warns in “War”: “Until there are no first and second-class citizens … everywhere is war”!

Case: All in a Day’s Work – Domestic helpers/household help/daily workers are sometimes unable to claim or receive national welfare grants because they are not formally part of the economic system, particularly through the payment of taxes and contribution to national insurance schemes. Yet citizens in such informal occupations spend a large portion of their earnings on goods that attract consumption taxes.

Case: Locked Down – An entire inner-city community has been quarantined for four weeks, but inadequate preparations appear to have been made to get basic supplies (including medication and feminine hygiene products) to the people. Most of the people are employed informally and need to go out of their community in order to earn, further placing themselves, their families and members of their communities at risk. There is a route through the hills that many will use to avoid the military checkpoints (set up mainly on major roads) as they sneak in and out.

Case: Out of Online – Many students at all levels are unable to participate in online classes because they have no electricity or access to the Internet or the requisite devices. Education is the means by which many of these students will work their way out of poverty. This crisis, however, will set many of them back significantly.

“Poverty is neither a crime nor a character flaw. Stigmatize those who let people die, not those who struggle to live” (Sarah Kendzior, journalist and author). Societies that lack structures for inclusiveness push many of their citizens to the margins in low-paying and insecure occupations and substandard housing that may act as super-spreader spaces. Many such marginalised citizens are dismissed as non-contributors and a drain on the public purse because, ostensibly, they do not pay taxes and may well be accessing such welfare services as exist. Yet many of these make contributions to the caring economy and the underground or informal economy, which largely shores up or feeds into the formal. They enter the tax net through ad valorem taxes on purchases, for example. Efforts must be made to take account of the specific needs of vulnerable groups in planning for and in response to the COVID-19 crisis. Sanitary products, for example, need to be part of the care packages delivered to communities as to do otherwise treats women unequally and opens them up to the shame of menstrual poverty.

COVID-19 has laid bare the enormous value and importance of the caring economy, paid and unpaid, which has sustained and is being called upon to save and sustain lives. In a new model moving forward, deepened regard and accounting for this important part of our economies must be undertaken.

Nevertheless, the examples of solidarity in the face of COVID-19 are many – from the provision of care packages to those in need, to Internet service providers making educational learning platforms zero-rated, to companies making more cost-effective medical devices. Some communities, especially inner-city ones, have taken the initiative to regulate entry to their communities with enforced sanitisation stations. Such communities are aware that they are indeed more vulnerable to rapid transmission due to crowded living conditions and inability to quarantine as persons must go out daily to earn a living. These instances of solidarity need to be supported and encouraged even as Government works towards more sustainable approaches to dealing with the pandemic and reopening economies.

There are some ways in which we can deepen our bonds of social trust: get involved in our community by offering to share our time, talent and treasure; work at building long-term relationships with people who are not considered to be our immediate neighbours; recognise that the online world, especially social media, acts as a powerful filter and shaper of our view of others, especially those who we consider to be different from us. This is often very destructive of the well-being of many. The proliferation of conspiracy theories, fake news and scams during this crisis illustrates this well. At the same time, the positive value of the online world should be capitalised on to deepen bonds of solidarity and (re)build social trust so that many more will have a place in our societies.