Letter from Laura | The lady of silk and steel 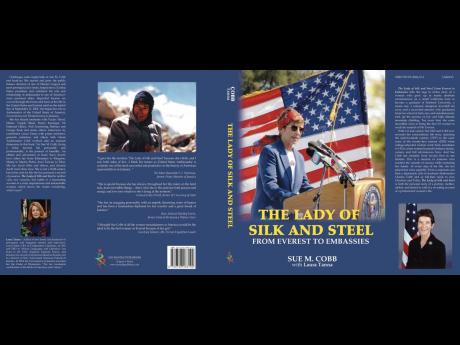 Contributed
Cover of ‘The Lady of Silk and Steel From Everest to Embassies’. 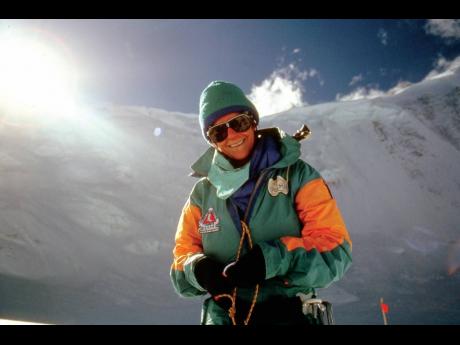 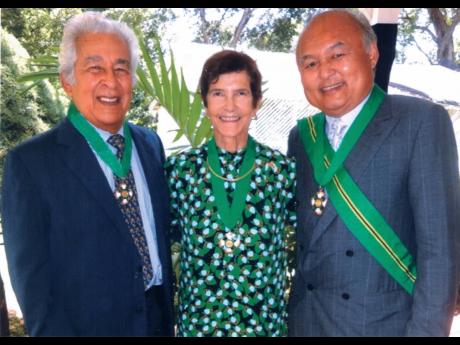 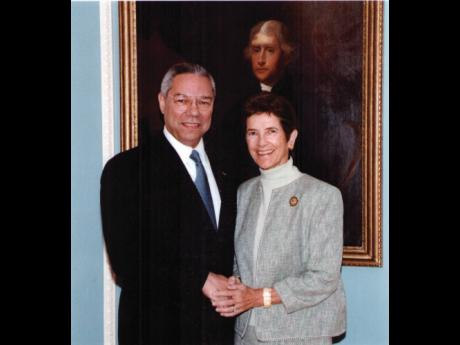 Although I’ve been writing for The Gleaner and The Sunday Gleaner since 1981 – that’s forty years – it still surprised me when complete strangers started stopping me to say they missed my articles. In sixteen months, I hadn’t submitted anything for several reasons, COVID-19 curtailing my travels being only one of them.

My interviewing skills got co-opted by someone whose life was so filled with adventure as an athlete, lawyer, government official, diplomat, and philanthropist that keeping up with “the lady of silk and steel” became almost all consuming. Prime Minister P.J. Patterson gave United States Ambassador Sue M. Cobb that name when she was ambassador to Jamaica from 2001 – 2005. The steel nomenclature may have resulted from their clash over the United States’ role in President Aristide’s departure/removal from Haiti.

CARICOM protested that Aristide’s removal was forced while the United States insisted that he had requested their help. Ambassador Cobb remembers that after a strong defence of her country’s position:

“On March 8, 2004, the prime minister summoned me for a meeting. My political officer thought they were going to eject me, that I was going to be declared persona non grata, i.e., not welcome in Jamaica. I went into this meeting at the PM’s office with our political officer in tow. He sat back in a corner to take notes and looked so uncomfortable that I thought at any minute he might throw up. The prime minister was seated on one side of a long table with twelve men from his Cabinet lined up to his right and left. I was seated by myself, alone, on the opposite side of the table, directly facing Prime Minister Patterson.”

You’d have to read the ambassador’s memoir for what followed, but she survived the session, and eventually, cordial relations were resumed. Indeed, another leader, Minister of National Security Dr Peter Phillips, spoke highly of Cobb as he told me:

“At that time, Jamaica was a main transit point for cocaine, originating in South America, mainly in Colombia, but transiting to the United States of America … . We had Colombian militia who had taken root in parts of our North Coast, in Montego Bay and other areas. And the country was being deluged by this drug trade, which generated billions of dollars in resources, which financed a lot of other criminal activity, was central to the importation of high-powered small arms into Jamaica; and the creation of a number of criminal militias, you could call them, in the country.”

He credits Cobb with being sensitive to the particular needs of Jamaica while using her excellent connections with the Bush administration to ensure a seamless effort between the two countries’ security forces – the Jamaica Defence Force, United States Southern Command, United States Army and Air Force, and naval cooperation between the Drug Enforcement Administration activities and Jamaica’s own counter-narcotics agencies. Together, they effectively countered that drug trade. In fact, the photo cover of Cobb’s memoir, The Lady of Silk and Steel, From Everest to Embassies, was taken as she handed over US fast boats to the Jamaica Defence Force in 2004.

While what I learned interviewing Patterson and Phillips was provocative, my heart belongs to General Colin Powell, the Jamaica-born US Secretary of State, who at Cobb’s swearing-in ceremony announced: “This is the job I wanted!” Every interviewer’s nightmare is equipment malfunction, which is exactly what happened to my tape recorder. This busy man so graciously told me not to worry, get the machine fixed and call him back, which I did, and he was delightful, noting:

“She [Cobb] is special because she has always, throughout her life, taken on the hard task, done incredible things – climbing mountains and all kinds of other interesting things. But that’s who she is. She puts her total passion and energy and love into whatever she’s doing at the moment.”

Climbing mountains is where the Everest to Embassies part of her memoir title comes in because in the fall of 1988, she almost became the first American woman to summit Mt Everest’s peak if only a horrific storm hadn’t blown in. At the time, permits were given only by Nepal or China, and very rarely. The Wyoming Centennial Everest Expedition received just the second permit ever given by the Chinese government to Americans, but the Chinese continually delayed the group, at one point lining them up against a bloodstained wall for an hour while deciding whether to let their vehicles drive on. Expedition leader Courtney Skinner said he thought she would be the first American woman on Everest “because of her grit.” His memories and hers of those months on the mountain make for fascinating reading.

While a third of the memoir concerns Jamaica, the rest is filled with her rags to riches story about everything from shooting rattle snakes growing up in California with ancestors from the Old West, to marrying the love of her life, becoming a mother, corporate wife, a lawyer who assisted with Marielitos in Florida as well as influencing a presidential election, and becoming an ambassador’s spouse. The chapter on Iceland with Charles “Chuck” Cobb, the US ambassador there, opens new insights into its history, culture, and role in World War II and the Cold War.

Sue Cobb’s amazing accomplishments, mixed with a wry sense of humour, make her a true role model for women, and I love that it is Christine Randle, a female Jamaican publisher, who just released this memoir of a female American diplomat. That says a lot about women’s lib today!

As president of the Cobb Family Foundation and a fellow director of the American Friends of Jamaica, in her role now as a philanthropist, Ambassador Sue Cobb is donating all profits from the sale of her memoir to charitable organisations in the United States and Jamaica.