Orville Williams and his Passion for Racing 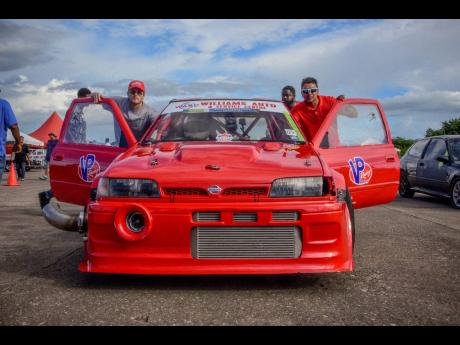 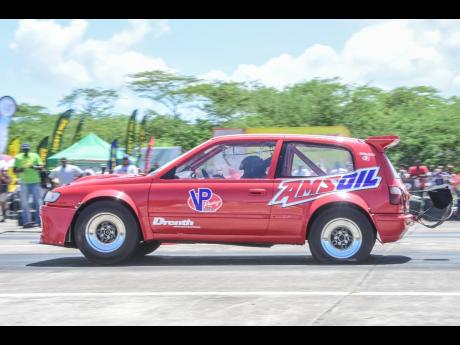 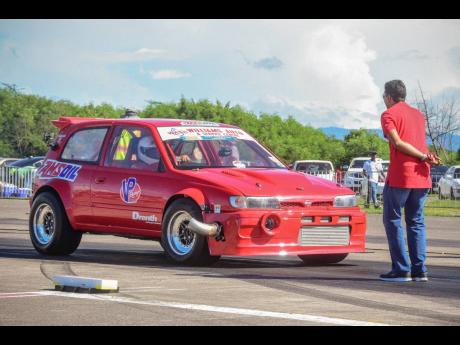 DMONTii
Kishore Williams directs Orville Williams to the perfect spot for maximum traction as he prepares to launch “Di Pulstar.”
1
2
3

Williams could not avoid the passion he has for racing and automotives, not with Vernam Field right down the road from where he grew up in May Pen, Clarendon. Therefore, it is no surprise that he was dominating the scene, breaking records, and even supplying other cars with the products they needed from his auto supplies store.

When asked how he got into the automotive world, he responded that his father was in the business, and so he grew up doing the same.

“Well, we grew up in it, basically, because our father used to do similar type business; he used to sell auto parts,” Williams said. “So it was like a family-run business over the years, and we pretty much grew up around cars, and stuff, and we developed a love for it.”

This love soon pushed Williams to become a participant in the world of racing by 1996. He stated that his inability to afford the hobby is the reason for the delay in joining the racing world. Now that he is in it, though, there is no going back for Williams.

“Racing is sheer adrenaline rush - just the rush of getting on the line, competing, knowing that you need to cut a good light in terms of reaction to move before the other person,” he said excitedly.

A RECORD THAT MEANS NOTHING

At the moment, Williams and his 1992 Nissan Pulsar GTI-R (nicknamed The Pulstar) is the record holder of being the fastest Pulsar, an achievement that Williams has come to feel proud about.

“Initially, it didn’t feel anyway because it was no big deal, but afterwards when I started travelling, people started asking me about the car. Like when we used to go to overseas meets to watch, people recognise me from the car, and everybody is saying, ‘Boy, you not bringing the car up here?’ ”

He went on to say that he gets propositions and reasons to bring the Pulstar overseas, but the magnificence of keeping something like this exclusively in Jamaica is noteworthy.

“People always say things like, ‘It would do so well over here because our tracks are more prepped, the conditions are better, you could go so much faster.’ So yeah, after a while it made me feel a sense of accomplishment of where my hobby has taken me to achieve this level of greatness; where we can be in Jamaica, especially given the fact that I am under resourced and under financed and still have the fastest of something in the world,” said Williams.

His motivation for getting the Pulstar, according to Williams, is that he wanted a car that is even faster than a motorcycle.

“Those cars were released in 1991. I first saw them in 1992, but I couldn’t afford to buy one until about 1994, and then it was all about what we in drag racing call ‘the launch’ of a 4-wheel drive (when the car stands still and you see it just hop from one place to another) and how fast it accelerated,” Williams shared.

“I used to fool around bikes before, and my original thing was that I wanted a car that can run faster even than a bike, and the Pulstar does that. It is way faster than any bike in Jamaica,” he affirmed proudly.

Racing is a hands-on experience for Williams as he also helps with the mechanical work on the Pulstar in his spare time. He told Automotives that working on his car relaxes him after a long day at the auto shop.

“In my spare time, I like doing the work on the car by myself because we used to build our own cars and race it, so it was a passion, and then for relaxation, that’s what I do. Even though I work hard right throughout the day, in the evenings when I come home, I work on the car in my garage, so it’s, basically, a lifestyle,” explained Williams.

According to the Pulstar owner, getting ready for a race meet is a very expensive endeavour that does not always produce a great return on one’s money.

“It is super expensive to get the car race ready. In having the fastest of something in the world, it comes at a very expensive cost because you have to have the best of the best of everything in it,” he disclosed.

“This is not a car where you can go on a car lot and buy. You cannot order things online and from catalogues either because this is basically custom built.”

One would wonder why Williams continues in racing if it is so expensive, but he said, “I have expensive hobbies, so I work very hard from seven to seven every day for my lifestyle. It’s just a hobby, it’s just what I love, and it’s just the passion.”