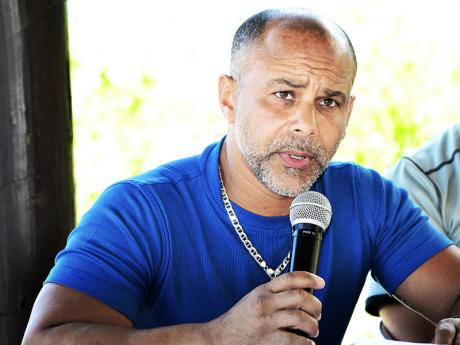 C2W Music Limited is showing increased revenue and a profit for the first time in its short history, according to its latest unaudited financial results for the quarter ended June 2014.

"The company is happy to announce that we have started to recognise revenue. For this quarter, the company earned USD$30,189 in revenue," said C2W chief executive officer Ivan Berry in a statement to shareholders released on Monday with the company's earnings report.

C2W is a music publishing company which started operations in November 2011 and was listed on the Junior Stock Exchange in May 2012. Its principal activities include acquiring the licensing rights of Caribbean songwriters and promoting the commercial use of their compositions.

The company made virtually no revenue for the first quarter of the 2014, bringing the total for the six-month period to US$30,460.

The CEO predicts increased revenues in the future, saying the partnership will help "in securing homes for more of our copyrights".

The Notting Hill Music Group is a music publishing operation, based in London and Los Angeles. It offers a range of publishing, sub-publishing, international administration and territorial publishing representation arrangements.

Notting Hill says on its website that it also "administers a growing number of third party music publishing companies and we are able to structure tailor-made publishing arrangements for the most demanding of clients."

Its music catalogue includes more than 300 UK Top 40 hit singles, including 18 number ones, and has more than 25,000 copyrights, the company website says. That compares to more than 900 copyrights which C2W said it had in December.

Berry told Wednesday Business that the Notting Hill agreement took effect in June. He said C2W and Notting Hill will share revenue from songs written by Candy Gloster from St Vincent, who is signed to C2W for five years. There will also be "ongoing revenue share in future royalties", as well as an expected "increase in song placements", he said via email on Tuesday.

Berry said the company continues to work closely with the Caribbean Performing Rights Societies to recognise its "rightful revenue, as their new royalty distribution systems are now in place".

He also told shareholders that C2W's own catalogue is showing some success, namely the Maxi Priest and Etana albums.

The company has six songwriters listed on its site, coming from Jamaica, St Vincent, Barbados and Trinidad.

The C2W stock last traded at 43 cents on the Junior Stock Exchange, off its one-year low of 29 cents. The stock has lost two thirds of its value since listing at $1.29 per share.