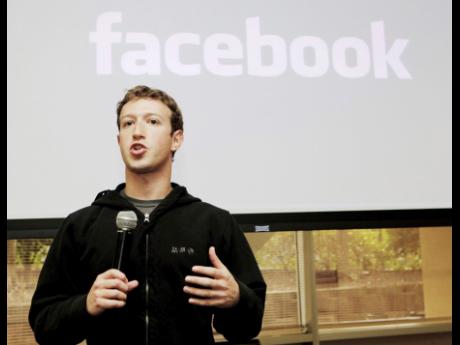 Facebook is suing several law firms that represented a man who claimed he owned half of the social network and was entitled to billions of dollars from the company and its CEO Mark Zuckerberg.

The case was dismissed in April and the man, Paul Ceglia, is facing related criminal charges. Facebook Inc and Zuckerberg filed a lawsuit on Monday against DLA Piper and other law firms and lawyers, saying they conspired to file and prosecute a fraudulent lawsuit.

DLA Piper is one of the world's largest business law firms.

Ceglia claimed in a 2010 lawsuit that he and Zuckerberg signed a 2003 software development contract that included a provision entitling him to half ownership of Facebook in exchange for US$1,000 in start-up money for the budding company. Facebook's lawyers had claimed that while the two did have a contract, references to the company were slipped in for the lawsuit.

In its lawsuit filed in New York State Supreme Court, Facebook claims that the lawyers representing Ceglia "knew or should have known" that his lawsuit was fraudulent and "based on an implausible story and obviously forged documents".

Facebook, which is based in Menlo Park, California, is seeking unspecified damages along with reimbursement of its expenses racked up in defending itself against the lawsuit.

"We said from the beginning that Paul Ceglia's claim was a fraud and that we would seek to hold those responsible accountable," Colin Stretch, Facebook's general counsel, said in a statement. "DLA Piper and the other named law firms knew the case was based on forged documents yet they pursued it anyway, and they should be held to account."

DLA Piper called the suit "baseless" and said it was filed to intimidate lawyers from suing Facebook.

"DLA Piper, which was not part of this case at its outset or its conclusion, was involved for 78 days," Peter Pantaleo, the firm's general counsel, said in a statement. "Facebook and Mr Zuckerberg claim that they were damaged in those 78 days, yet a mere 10 months after DLA Piper withdrew from the case and while the litigation was still pending, Facebook went to market with an initial public offering that valued the company at US$100 billion."

Other law firms named in the suit, including Milberg LLP and Paul Argentieri and Associates, could not immediately be reached for comment on Monday afternoon.

Ceglia is awaiting trial on criminal fraud charges related to the case. He is accused of doctoring and destroying evidence to support his Facebook claim, and has pleaded not guilty.

Facebook's lawsuit says Zuckerberg and Ceglia signed a two-page contract in April 2003, "months before Zuckerberg had even conceived of the idea that became Facebook".

"That contract had nothing to do with Facebook or any other social networking service," the lawsuit says, adding that Ceglia and Zuckerberg stopped communicating in 2004.

Facebook, then called Thefacebook.com, launched in February 2004 out of Zuckerberg's Harvard dorm room. It was first open only to Harvard students, and the decade since, it expanded into the world's largest online social network with more than 1.3 billion users.