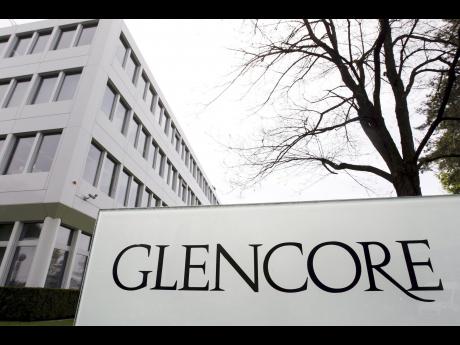 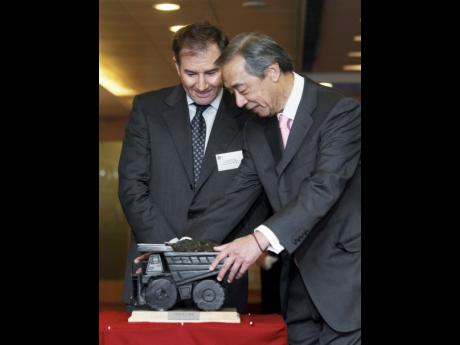 Commodities group Glencore insisted Tuesday that it's not facing solvency issues, a day after it lost nearly a third of its market value due to concerns over its ability to service sky-high debts at a time when many commodity prices are at multi-year lows.

Its defence helped the company's stock recover a chunk of the losses recorded Monday. In mid-afternoon trading in London, Glencore's share price was up 17 per cent at 80 pence. That means it has recouped around a half of the losses suffered Monday, when Investec Securities warned that the company faces acute financial difficulties in light of a slide in commodity prices.

Responding to Investec's analysis that the company could end up "solely working to repay debt obligations" if commodity prices don't recover, Glencore said it has taken "proactive steps" to be able to withstand the weak commodity market and that the business as a whole is "operationally and financially robust.

"We have positive cash flow, good liquidity and absolutely no solvency issues," it said in a statement. "Glencore has no debt covenants and continues to retain strong lines of credit and secure access to funding, thanks to long-term relationships we have with the banks."

Earlier, Glencore found support from analysts at Citigroup, which recently helped the company raise cash through a placing of shares with new and existing shareholders. They said the fall in Glencore's share price - about 80 per cent from its high in May to this week's low - has been overdone and suggested the company could raise more money from the sale of investments than the US$2 billion it has pencilled in.

The sales were part of a suite of measures Glencore announced this month, which also included the suspension of dividend payments, to reduce debt by up to US$10.2 billion.

Even if its debt-reduction plan plays out as expected, Glencore will be left with a debt mountain of around US$20 billion - more than its current market value of around US$16 billion.

China's economic downturn is at the heart of Glencore's difficulties. Mining and commodities companies sought to take advantage of the country's booming growth at the turn of the decade, when many of the world's leading economies were struggling to emerge from the global financial crisis and ensuing recession.

Glencore said it remains "confident the medium- and long-term fundamentals of the commodities we produce and market remain strong into the future".

Citi's analysts said Glencore's management should consider taking the company private "in the event the equity market continues to express its unwillingness to value the business fairly". Doing so, they added, would allow the management to undertake restructuring measures "easily and quickly" and to prepare for an eventual float of the industrial business.

Sentiment towards Glencore PLC, which is based in Switzerland but listed in London, has been fragile for months as investors worried over the impact of falling commodity prices.

Glencore, which was founded in 1974 by the late commodities trader Marc Rich, floated in 2011 at a share price of 530 pence, a listing that valued the company at a little less than £40 billion (US$60 billion) and made several of the company's executives, including CEO Ivan Glasenberg, billionaires.