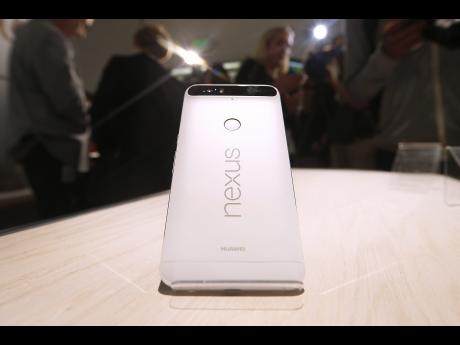 AP
AP PhotoThe new Google Nexus 6P on display during a Google event on Tuesday, September 29, 2015, in San Francisco. Google is countering the release of Apple’s latest iPhones with two devices running on ‘Marshmallow’, a new version of Android software designed to steer and document even more of its users’ lives.

Google is countering the release of Apple's latest iPhones with two devices running on a new version of Android software designed to steer and document even more of its users' lives.

The Nexus 6P and Nexus 5X unveiled Tuesday are the first smartphones sold with an Android upgrade called 'Marshmallow'. It features changes that will give expanded powers to Android's personal assistant, Google Now, so it can explore the information that people call up in the mobile applications.

The Marshmallow version of Android, enables users to summon Google Now, to scan whatever content might be on a mobile device's screen, so, it can present pertinent information about the topic of a text, a song, a video clip or an article.

The new Android feature, called 'Now on Tap', will be activated by holding down the device's home button, or saying 'OK Google' into the microphone. That action will prompt Now on Tap to scan the screen in an attempt to figure out how to be the most helpful. Or, if speaking, users can just say what they are seeking, such as "Who sings this?"

"In a multiscreen world, it is even more important for Google to do the hard work so the experience is simple and delightful for the users," Google CEO Sundar Pichai said.

Apple's new operating system also has programmed the iPhone's Siri assistant to be more intuitive so it can anticipate what the user might want or need before being explicitly asked.

Google began taking pre-orders for the Nexus phones in the United States, United Kingdom, Ireland and Japan on Tuesday with prices for the 6P starting at US$499 and US$379 for the 5X with no commitment to a wireless contract required. They are expected to start shipping by mid-October.

The Nexus phones are undercutting Apple, which sells the iPhone 6s for US$649 and the 6s Plus for US$749 without a subsidy from a wireless carrier.

Google uses its Nexus line of phones to showcase how the company would like Android to be set up. Most phone makers, though, still take advantage of the freedom that Google gives them to alter Android, although the free software usually is still set up to drive traffic to Google's search engine, YouTube video site and other digital services.

The Nexus phones also feature better cameras than previous models, matching similar upgrades that Apple just made to its iPhone 6s and iPhone 6s Plus.