Forex savings climbing but analysts see no flight to safety 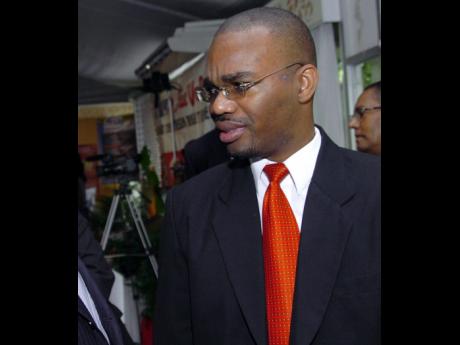 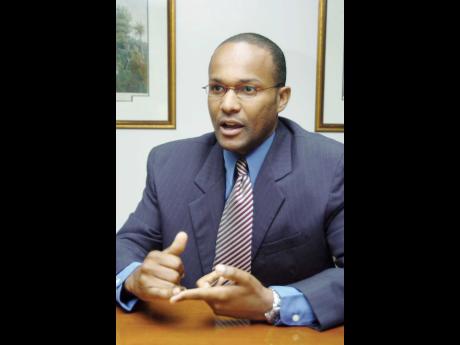 The value of the Jamaican dollar continues to drift south, but investment houses say no one is fleeing the currency, unlike two years ago when nerves were shaken by the $840-billion debt exchange and pre-IMF agreement economic conditions.

There is evidence that some demand for foreign exchange investments and savings are on the uptick, but the pace is fairly moderate, potentially due to the softening of interest rates on US dollar instruments and easier access to US funds, separate analysts have said.

The JMD is now trading above $119 against the USD, representing a less than four per cent decline for the calendar year to date.

The shrinkage in the JMD's value is decelerating. Last year, the currency depreciated by less than eight per cent or just around half the 14 per cent loss of value in 2013.

The most recent data provided by the Bank of Jamaica indicate that US dollar savings have nearly doubled in local currency terms, over the past five years, from the equivalent of $144 billion in July 2011 to $245 billion at July 2015.

At $245 billion, forex savings remain at less than half of the overall savings sitting in Jamaica's commercial banks, whose deposit base was estimated at more than $540 billion in June.

The largest jump in forex savings was in 2013 when Jamaica executed two debt swaps on domestic bonds simultaneously, and confidence in the economy was at a low point, resulting in a 'flight to quality' investments.

There is some evidence that USD savings in 2015 grew at close to the same pace as 2013; but on the investment side, local analysts maintain that the investing public is exhibiting no urgency attached to the current softening of the local currency. They link it to currency availability, soft returns, plus the fact that investors appear more sanguine that economic fundamentals are improving.

Vice-president of treasury and financial institutions for First Global Bank, Mark Anderson, says the USD fixed-income market has been fairly liquid for quite some time, which, itself, has led to a significant softening in USD interest rates within the market. That softening has also manifested in the lowering of rates offered by Bank of Jamaica on its USD certificates of deposit, he said.

In August, BOJ offered 2.6 per cent on a three-year USD instrument. Back in February, it was offering 3.5 per cent on a similar tenor to subscribers.

"Amid this softening in interest rates, therefore, investors might be more inclined to pursue some near-term higher yields should a relatively more attractive investment opportunity become available," said Anderson.

Liquidity has been facilitated by the central bank which, since December 2014, has activated a policy of selling into the market without the usual restrictions on resale price or a limit on the groups to which banks can resell to their customers.

From the pension side, Rezworth Burchenson of Prime Asset Management Limited said there is also no indicator of a move into hard-currency positions.

"I am not seeing any movement," said Burchenson. "A couple of years ago before we had an IMF agreement, and, before that, when the first IMF agreement fell apart and there was quite a bit of apprehension, the delay in crafting the new agreement [resulted in] portfolio shifts. But as soon as we crafted that agreement we saw less propensity of portfolio managers," he commented, referencing a move into safer USD investments at the time.

Speaking to the current trend, Burchenson said: "From where I sit, I do not see any concern about the movement of the currency, now that the economic variables are trending in the right direction, that the debt to GDP is trending downward, the fiscal deficit is materially down, the current account deficit as a percentage of GDP is also on its way down, and there is improved confidence. Based on that, there is more confidence in the local environment now than existed three or four years ago."

Of the more than $340 billion in assets held in some 800 pension plans, total reported foreign securities holdings in the industry grew by approximately 29 per cent to $24 billion during the December quarter of 2014, according to the most recent Financial Services Commission data on the sector. The forex holdings then amounted to 7.09 per cent of total assets.

Holdings in the sector are confined to five per cent of portfolios under BOJ regulations, a cap that is supposed to be lifted at some point. The pension sector also wants a loosening of the leash on the types of investments they can make.

"Certainly, the pension fund managers are still seeking and having discussion with the central bank on the ability to invest in a broader range of US dollar securities and we are currently having that conversation," said Burchenson, who is one of Jamaica's top experts on the pension market.

"It's not only the five per cent [limit], it's what you can invest that five per cent in, which are instruments issued or guaranteed by the governments of the US, Canada and the UK. We are in discussions now about a wider limit. The BOJ has proposed some things and we are reviewing them," the pension fund manager said.

Anderson of First Global says his unit has not observed any marked increase in clients asking for or opening US dollar accounts or investments. The current activity, he said, is more likely linked to normal portfolio shifts that individuals and institutional investors request from time to time.

The trader said the reasons for current shifts include pursuit of relatively higher-yielding assets, liquidity considerations, capital preservation and some amount of currency hedging, but he adds that there is no perceived flight to quality.

"With inflation at historic lows, the NIR remaining very strong at over US$2.5 billion, and the GOJ being successful in both its IMF reviews and USD drawdowns, we would not anticipate any marked devaluation in the JMD for this fiscal year," Anderson adds.