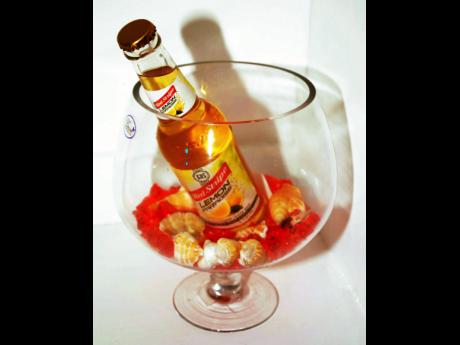 It seems that foreigners are always chasing Jamaica's alcohol.

When J. Wray & Nephew Limited was taken over by the Trinidad government just months after it was first sold, we rationalised it not as an outright loss of a beloved and iconic Jamaican company, just one that was placed in foster care when its parent ran into trouble.

We still had visiting rights, as the spirits conglomerate, then called Lascelles deMercado, remained listed and open to market scrutiny. And we were somewhat comforted that the takeover was by someone in the neighbourhood, even though we were conflicted.

Which is partly why a Jamaican reacquisition bid was mounted. It was meant to reclaim custody. But that hostile bid was scoffed at and fought aggressively, and eventually it died.

Then the Italians came. They paid big bucks for Lascelles and its near two-century-old flagship spirits business in 2012. And they took it private, wiping around $27 billion of value off the local stock market in the process. Jamaican's oldest known company had acquired European citizenship.

Now a similar scenario is playing itself out with Jamaica's first and most enduring beer brewed over 77 years.

In one of the largest known Dutch investments in Jamaica, ever - before beer there was Shell - Heineken NV has sent a powerful signal that Red Stripe Jamaica, the trading name for Desnoes & Geddes Limited, is worthy of a hefty premium amounting to four times its market value and eight times its book value.

But again, while the takeover offer immediately reprices the $20-billion company at about $86 billion, Heineken - like Gruppo Campari did with Wray & Nephew - also plans to take Desnoes & Geddes/Red Stripe private, assuming it succeeds in buying up at least another seven per cent of minority shares needed to hurdle the 80 per cent ownership threshold required for delisting.

The break will be clean and swift. Heineken says so. There will be no long, drawn-out goodbyes, no chance to cry into our beer. The delisting will happen almost as soon as the mandatory offer closes.

Let's assume Heineken will hit the threshold. Because, which nut is going to refuse the equivalent of $31 for shares that were worth $8 a few days ago? Drunk on Red Stripe or not.

The takeover and upcoming mandatory offer to minority owners has perked up the stock market, to be sure, and the value of the beer stock has already doubled to $42 billion or $15 per share in trading on the local exchange since the acquisition was made public.

Still, Red Stripe's migration to mainland Europe is not as wrenching as Wray & Nephew's before it. That's because the brewery already belonged to an English company, Diageo, and had done so for over two decades.

Still, it remained listed on the local stock market and continued to feel like a domestic company, with the face of Jamaicans emblazoned on its board and in charge of the chairmanship in the form of Richard Byles. It became even more so after Diageo ended its infatuation with foreign managers and chose Cedric Blair to run the show.

Campari, too, has turned over J. Wray & Nephew Limited to a local - Jimmy Lawrence.

Perhaps Heineken will be of like mind and retain that Jamaican flavour at the company's helm. But the first signs are not encouraging.

It leaves five of the initial seven Jamaicans still on the 13-member board.

As for the retention of Blair as managing director, the stock market notice said he would remain in the post "until further advised", suggesting a change is imminent.

One downside of the Red Stripe transaction is that the majority of the big bucks shelled out by Heineken US$421m will stay in Europe. The likely upside is that new owners tend to invest capital in their new acquisitions, and Heineken might be in the mood to party.