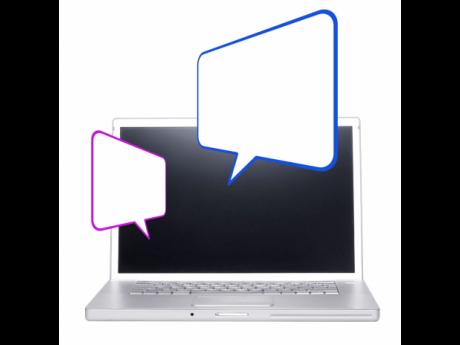 The Students Loan Bureau (SLB) has upgraded its interactive voice response system (IVR) to cut down on the lengthy wait times when applicants call in for information, and reduce the large volume of calls handled daily.

"What we found is that, people weren't using it [the old IVR] much because the options were a little limited. So we looked at the frequently asked questions, the comments that people made on our social media pages and email and did an assessment on what are the things that people primarily seek when they call the SLB," Allen said.

The new IVR went live on October 16. Its functions will be expanded over time.

"It's still a work in progress," said the public education manager.

The upgraded system allows customers to access information without having to speak to an individual agent, such as loan balances, loan status, closing balances, as well as the application periods for loans.

Previously: "You were only able to get general information. It was more like a gateway to the officers, it wasn't really providing a whole lot of information," said Allen.

Information seekers can still opt for contact with an SLB representative, but Allen says, the IVR appears to offer sufficient details to satisfy most callers.

"What we have seen so far is the persons who are calling the IVR don't necessarily have to press that option because they can access the information they need by choosing the different options on the IVR menu," she said.

The upgrade to the system was SLB's response to numerous complaints daily from disgruntled customers, the bureau spokeswoman said.

"We had a lot of complaints about the wait time. That was one of the reasons we decided to look into the options to provide better service to our customers," said Allen. Still, it's just one in a series of measures SLB plans to roll out "to help alleviate the delays that persons have been experiencing," she added.

"We started on social media with a Facebook page that follows through into our Twitter feed, but we want to upgrade that and pay a lot more attention to it," she said.

Although, the IVR appears to have assisted with timely information flow to applicants, the SLB wants contact agents to remain part of the communications infrastructure, especially for the more intricate problems, hence the planned upgrade of the call centre.

"If we can assist customers in a timely and efficient manner that allows them to be totally satisfied without speaking to one of us and having a delayed process, it would make it easier on the customer and free up the officer to speak with person with problems that cannot be addressed through the IVR," Allen said.

To test the platform, the SLB handed out phonecards to customers who came to its office over a three-month period and asked them to place a call to the IVR through their mobile phones "to test how much credit it would use and the length of time" it took to resolve their queries.

Of investment going into the upgrades, Allen said this was mostly in human resources, with most of the IT resources coming from open source technology available for free download off the Internet.

"So it's not millions and millions of dollars. A lot of the new components are open source so it's not necessarily that we are financing it, but it's software that the MITS department would have downloaded," she said. SLB also upgraded its PBX or switchboard to an open source VOIP system.

"The long-term plan was always to provide information to our customers through as many mediums as possible, the IVR being the first. The connectivity of the PBX to our back-end systems was done using internal staff," she said.

"Communications is key to every organisation, so you need to be in constant communication with your customers so they are kept up to date and we are kept abreast of what is happening with them so we can serve them better," Allen said.