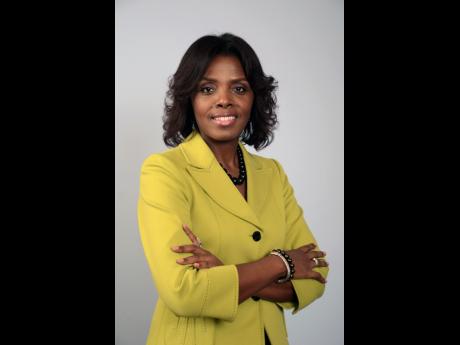 Fidelity Bank, which was previously the authorised agent for Western Union, shuttered its eight money-service locations in mid-July as Caymanian banks moved to shed money-transfer clients in response to correspondent banking concerns about the risks of money laundering.

Another company, Fast Funds, then advised the Cayman Islands Monetary Authority (CIMA) that it was suspending its money-transfer services effective August 24.

JN Money Services (jnms) a subsidiary of Jamaica National Building Society instead resorted to conducting all its remittance transactions in US dollars only, following the closure of its bank account with Cayman National Bank in August. As a result, the company said that it began to see a decline in the number and value of remittance transactions activity from Cayman as a result of tightening US dollar liquidity in the British overseas territory.

Outgoing remittances through money-services providers in Cayman declined by 2.1 per cent from year-earlier levels during the three months to September 30, according to CIMA data. That was a sharper reduction than the 0.6 per cent year-on-year decline recorded in the second quarter of 2015 and a reversal of the 3.1 per cent rise seen in the first three months of the year.

However, remittances from Cayman to Jamaica have not been growing. Last year, the US$110 million that was sent to Jamaica through money-service providers represented a 0.8 per cent decline from the previous year, when remittances fell by 3.6 per cent.

Still, recent outflows could be seen as steady given the fall-off experienced around the 2008 global financial meltdown. Prior to 2008, remittances flowing from Cayman to Jamaica totalled over US$150 million annually, according to Bank of Jamaica data. It fell dramatically during the crisis before stabilising around US$124 million in 2012, including wire transfers by banks.

GKMS, which on Wednesday commenced operations with five locations four in Grand Cayman and one in Cayman Brac made an arrangement with Scotiabank & Trust Cayman that will enable its customers to conduct transactions in CI dollars, which should give it a leg up on the competition, although JN has two branches and a network of nine agent locations.

JNMS has also written to CIMA, seeking permission to offer transactions in CI dollars, after the company did a "deeper reading" of Cayman Islands' laws. A meeting between officials and JN representatives in George Town is scheduled for today, Friday.

"(JNMS) anticipates that it will be able to, once again, offer services for customers in CI dollars by Monday, November 30," said a release issued by the company in response to Financial Gleaner queries.

JN maintains that it is the dominant remitter from Cayman to Jamaica and to the Philippines.

Cayman's finance minister, Wayne Panton, said that the return of Western Union to the Cayman Islands fills an important community need. GKMS CEO Michelle Allen said that "once our new locations are up and running, the next order of business will be the introduction of our other complementary money services". GKMS also operates FX Trader and Bill Express.

Also, the new market for GKMS means that the company now represents Western Union in ten countries in the Caribbean with over 250 branches in Jamaica, over 110 locations in Trinidad & Tobago and more than 60 in Guyana. The five locations in Cayman brings GKMS store count in the Caribbean to over 480, according to listings on its website.

GraceKennedy group CEO Don Wehby said that the entry of money-service operations in the Cayman Islands is aligned with the conglomerate's goal of becoming a global consumer group, while leveraging its long history in the remittance business.

" We have two and a half decades of expertise in the money-services industry, and we look forward to meeting the needs of our customers," he said.