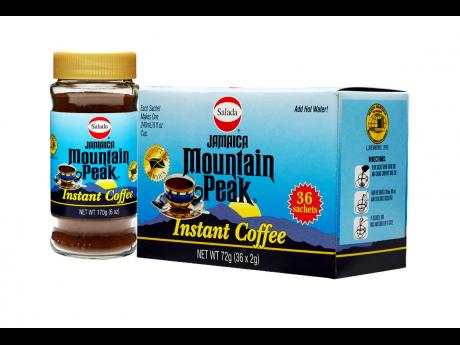 Salada Foods Jamaica Limited saw its earnings plummet by two-thirds in the year ended September 2015 on the back of reduced sales.

The $32 million in net profit posted by the coffee producer for its latest financial year reflected higher coffee cost, lower sales, and a loss-making subsidiary, which exited manufacturing a few months ago. Profit in financial year 2014 totalled $98 million.

Domestic sales plunged by 19 per cent from year-earlier levels to $509 million. Total sales fell from $736 million to $660 million.

Sales during the three months to September 2014 totalled $297 million, or more than double the $143 million revenue generated in the corresponding three months in 2013. Sales in the quarter ending December 2014 were just five per cent higher than the comparative period the year before.

"The high trade inventories also resulted in significant price-reduction promotions being done locally to assist in moving the products through the trade," the company added.

By the third quarter, ending June 2015, domestic sales for the three-month period were down by 25 per cent year-on-year. They plunged by almost half in the final quarter of the last financial year.

At the same time, a 70 per cent increase in the price of coffee bean, due to a high-priced, large-volume purchase of the raw material towards the end of the previous fiscal year pushed up the cost of goods sold. Consequently, gross margins, which have historically remained above 35 per cent since 2009, fell to 25 per cent in the latest financial year. Inventories on hand also rocketed above the equivalent of seven months' sales, compared with the four months of inventory the company typically carries.

Salada is now run by Jerome Miles, who joined the company in January 2015.

"Structural and strategic changes were put in place to see a return to growth and improved profits going forward," said Salada in its report to shareholders.

"Management has also developed and is implementing a deliberate plan to drive growth of the company's profits through product innovation and export," it added.

Iberia Foods was appointed as the sole distributor for the company's Mountain Peak brand in the East Coast of the United States in February, and sales to that region have since grown by 62 per cent.

In other business segments, Salada's subsidiary, Mountain Peak Food Processors (MPFP), which owns the Roberts Food line, exited manufacturing and found a third party to make the products for the company to mitigate future losses. MPFP lost over $100 million over the past four years and is sitting on a working-capital deficit of over $160 million.

Another subsidiary, Pimora, commenced operations in May 2015 and is receiving encouraging interest from overseas. It produces an all-natural pimento briquette made from compressed dried pimento leaves, which is used to substitute pimento logs in the jerking of meat. Still, the briquette maker incurred a $10-million comprehensive loss during the latest financial year.