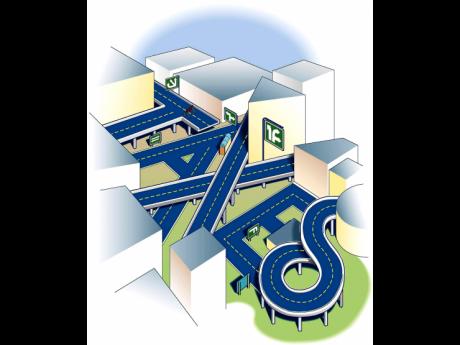 Tim, a taxpayer, began trading in 2001 as an events consultant. He started living with his girlfriend as cohabitee in 2002.

According to him, although she was not an employee, she was a financial consultant working from the domestic home.

However, problems arose between the couple. She took possession of his SUV used in conducting the business and he had to take legal action to recover it. She paid business receipts into her own account and made claims that she had a 50 per cent share into the business as a partner.

She refused to give Tim any of the business records and he went to court over these issues. He incurred legal and other costs which he claimed as tax deductions.

Tax Administration Jamaica (TAJ) refused to allow these legal costs. A portion of the expenses incurred in operation and interest paid on loan used to purchase the SUV was also not allowed. In the same vein, some home office and other types of expenses were not allowed as he had no record to prove their existence.

These items that Tim was not allowed as deductible by TAJ is not done frivolously. The reasons are not based on a single auditor's opinion; its official policy. Some reasons are guided by rules that will make sense to tax accountants and tax agents but to no one else. Some are based on strict legal terms provided for in the law, while others arise from cases decided in the courts.

Some interpretations, practically speaking, are something of a nonsense. However, it is not necessary in order to accept a rule that you need to understand the manner in which it was accomplished, and one should not let ignorance hinder acceptance of its application.

The first principle is to see Tim as separate from the business. This is necessary so as secure the cardinal rule that anything he spent on himself is private and domestic and will not be allowed as a deductible. Only expenses "incurred wholly and exclusively in earning the income" will be allowed.

Sometimes I find this term untenable and am oft involved in a difference of opinion with TAJ on the meaning of the phrase 'for earning the income'. Most expenses occurred after the income is earned but the expenses are incurred in carrying on the business, which is what earned the income.

At times, TAJ's approach appears to be that expenses must be incurred for earning the income and not necessarily for running the business.

Modern technology allows for working from home, I have done this myself and the benefits are tremendous, including reducing the rigours of commuting and burden on the environment.

Tim's office facility at home incurs extra cost. If one room in the private house is specially set aside for business use, then fairness dictates the allowing of a reasonable proportion for business.

Normal expenses such as property taxes, in reality, will be incurred whether or not there was an office. So also are costs for maintaining the home as habitation and cannot be allowed.

It would be helpful if the additional cost incurred from having the office at home could be computed scientifically such as reference to periodic meter readings but in most cases a guess as to an amount such as 30 per cent for office can be agreed.

The legal fees served a dual purpose as to protect Tim's interest. The borrowing of the money to purchase the SUV was not too far removed from the operation of the business and the interest is therefore deductible. However, with these vehicles, there is inevitably some private use that will not be allowed. Notwithstanding, travelling between home to the clients are qualifying deductions, even if Tim uses the opportunity to stop by the local grocer. The main intent would still be for business travel. The same can be said for telephone at the house and his mobile telephones. It would also be impractical not to allow toll cost on the basis that he could have used the freeway.

As the TAJ tends to have a strong tunnel vision in its approach to these matters, all expenses - especially entertainment and travel - should be properly billed, documented and logged in a diary.

One the other hand, none of these are allowable: food, clothing and medical expenses, etc, as they serve two purposes. Tim must eat so he can have strength do work, but he also eats to live. However, you don't need to eat in order to work.