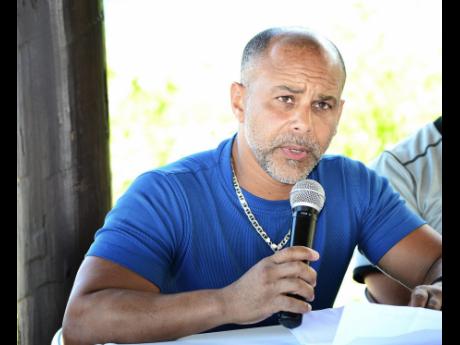 C2W Music Limited expects monies from publishing to eventually flow to the company despite its auditor's uncertainty about aspects of key revenue sources.

Baker Tilly Strachan Lafayette chartered accounts in their review of C2W's accounts, said they were unable to obtain "sufficient appropriate audit evidence" of the completeness of the music publisher's royalty income and subpublishing revenues.

However, asked for comment, C2W's management said while they understood the auditor's reasoning looking solely at the financial statements, they did not agree with Baker Tilly's view.

CEO Ivan Berry and Chairman Derek Wilkie essentially said, via email, that the company continues to be owed money dating back four years.

"From when the company was initially launched, we have come a long way in working with the royalty collection agencies in the Caribbean on collecting our owed royalties, to the point where we have received advances against specific periods until their systems are fixed. We can only see this improve with the technical issues managed by the societies," said Berry and Wilkie.

"We are of the opinion that the service will improve as our catalogue depth has been a learning curve for matching our performances for them, which will eventually result in revenue due to us."

Berry and Wilkie drew attention to a paragraph in C2W's audited financials in which the auditors state that "it has been established that the Performing Rights Societies of the Caribbean legally owe C2W Music publishing and sub-publishing royalties" for every year between 2012 to 2015, according to the audited report.

However, the size of potential flows remains unknown.

For the 2015 financials released this month, Baker Tilly said they were unable to ascertain the completeness of C2W's royalty income, which they ascribed to the inability of external monitoring agencies to

properly document C2W's repertoire of works with their current technological system, or its subpublishing

"Accordingly, we were unable to determine whether any adjustments to the amounts recorded were necessary," said the auditors in explaining the basis for their qualified opinion.

As for C2W's indebtedness, while the year end financial report speaks to a potential June repayment for two outstanding loans, Berry and Wilke said the date is still to be finalised.

There is "no timeline for repayment as yet," the men said. "The lenders have the option to convert the loans and the interest thereon into shares in the company, in which no pressure from both lenders and no decision has been made as yet".

C2W, in recent years, announced plans to shift its business model from solely publishing to one which embraces all aspects of music management, which it dubbed its 360 model. However, the company remains one of the worst performers on the junior market of the Jamaica Stock Exchange. The company listed as a start-up in 2012.