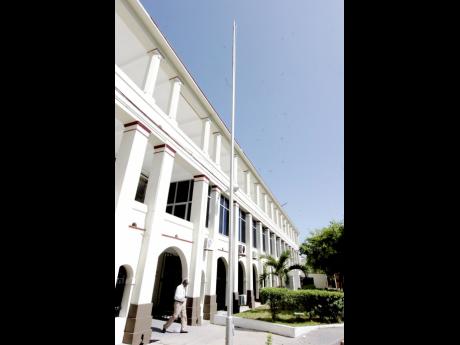 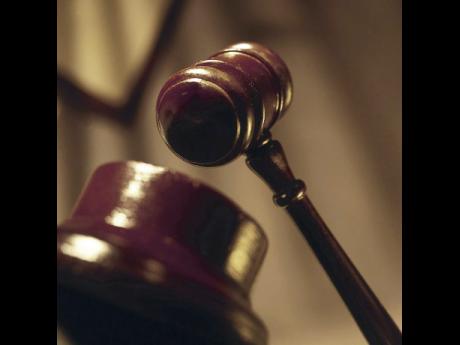 The tardiness of the commissioner of lands in complying with court orders caused that office to miss its chance at contesting a high court ruling that overturned its compulsory acquisition of property in New Kingston initially earmarked by the State for development of office space.

The land is now expected to revert to Homeway Foods Limited after the Court of Appeal threw out the application by the commissioner of lands, who failed to file the relevant case documents on time and who had asked for more time to comply.

The commissioner was challenging a Supreme Court decision favouring Homeway and its director Stephanie Muir, who had fought the forced acquisition, saying the $20 million price the State stipulated it would pay for the property located at 6 Kensington Crescent, Kingston 5, was below its market value.

Court of Appeal Justice Marva McDonald-Bishop, in a decision handed down over a week ago on April 29, said Homeway and Muir had been denied their private property for over eight years without compensation and that to grant more time to the State "would mean a longer delay for the matter to be resolved, which would cause the respondents to be out of pocket for almost 10 years, at least".

Invoking the Land Acquisition Act, the Jamaican Government took over the land on March 9, 2006, based on an order signed by the Minister of Land and Environment, saying it was needed to provide offices for the Students' Loan Bureau (SLB). The property was registered in the name of Homeway Foods.

At that time, Muir was in the process of acquiring the shares in Homeway, and in April 2006, indicated her interest in the property via letter to the commissioner of lands.

On April 30, 2007, an offer of $20 million was made to Homeway for the property. Muir had not yet registered her equity interest in the land.

Homeway and Muir rejected the $20 million offer, saying it was inadequate.

They turned to the Supreme Court for determination of appropriate compensation, where they argued that the offer ought to have been based on the market value of the land, which they posited was about $40 million at the time. They also argued for compensation for losses as a result of the compulsory acquisition.

In May 2012, while the assessment hearings were ongoing before Justice Carol Lawrence-Beswick, Homeway and Muir, who were represented by attorney Carol Davis, filed an application asking the court to set aside the minister's 2006 declaration and all proceedings for the acquisition of the land.

The filing followed a newspaper report that SLB had sold lands at Kensington and bought property in downtown Kingston, where it intended to put its offices. As such, they argued that the commissioner of lands had abandoned the purpose for which Homeway land had been acquired.

Davis clarified to Sunday Business on Friday that the land sold by SLB was an adjoining parcel to the 6 Kensington property. The latter property remained in the possession of the Commissioner of Lands.

In the 2012 Supreme Court hearing, Justice Lawrence-Beswick ruled that Homeway Foods was entitled to resume possession of the land on or before August 3, 2012 and awarded the litigants compensation for mesne profits - that is, profits accrued from property while in the wrongful possession of another - to be assessed by the Registrar of the Supreme Court.

The commissioner of lands, dissatisfied with the decision of Justice Lawrence-Beswick, decided to appeal.

The appeal eventually progressed to case management conference before Justice Mahadev Dukharan on July 8, 2014. Up to then, the commissioner had not filed her skeleton arguments with list of authorities as required by the Court of Appeal Rules.

At the case management conference, although no formal application for an extension of time was filed, Justice Dukharan ordered that the commissioner file the requisite documents by November 28, 2014, and other required documents by March 2, 2015.

Homeway Foods and Muir were given similar orders to file their documents by January 15, 2015. The appeal was fixed for hearing during the week of March 9, 2015, and subsequently adjourned for three months to June 15.

However, on June 10, 2015 - at which time the commissioner was yet to comply with Justice Dukharan's orders - Homeway Foods and Muir asked the Appeal Court to strike out the appeal.

The commissioner of lands filed some submissions the next day, and then on June 12, sought an extension of time and a variation of the case management order.

The reasons proffered for the commissioner's delay in filing documents for the appeal was significant human resource challenges in the Attorney General's Chambers that resulted in the lawyer with conduct of the appeal having to assume increased responsibilities. They also cited the lawyer's handling of other complex, constitutional and sometimes urgent matters since the start of 2015 and the heavy workload of the litigation division of the Attorney General's Chambers.

However, Justice McDonald-Bishop said the administrative inefficiency that flowed from the proclaimed lack of resources at the Attorney General's Chambers and heavy workload should be placed squarely at the feet of the State and would not be entertained as a good excuse.

"This is not an excuse available to the ordinary litigant or his legal representative, and so it cannot be one that should avail the State," she said.

Inherent in McDonald-Bishop's ruling was impatience with the State for its handling of the case, which the judge suggested might have had constitutional implications regarding the actions of the Government in denying the respondents "the enjoyment and use" of their private property for years, without compensation.

"I am not convinced that the prosecution of this appeal would have been of less importance than all those constitutional cases that were obviously treated with priority by counsel for the appellant before and after the deadline for compliance with the case management orders had passed," the appellate judge said.

"The true situation is that since the disruption with the respondents' proprietary and business arrangements in 2006, there has been no payment by way of compensation because of the stalemate and the subsequent court proceedings leading to a stay of execution. If the appellant got a further extension of time and the appeal succeeded, the proceedings would have to be remitted to the Supreme Court for the compensation assessment hearing to continue or to commence de novo," Justice McDonald-Bishop wrote.

Davis affirmed that the Court of Appeal ruling meant that the Supreme Court's orders were now effective.