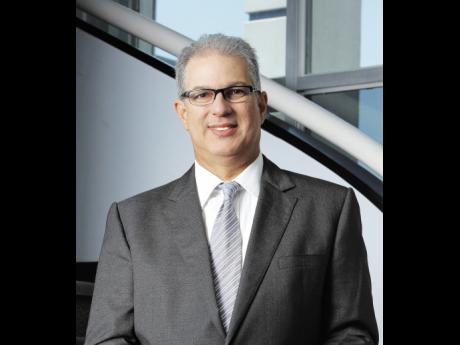 Pan-Jamaican Investment Trust executives are encouraged by prospects of cruise passengers docking in downtown Kingston within proximity of its ongoing real estate development.

"Recent statements of government support for developing Kingston as a port of call for cruise shipping have strong positive implications for the group's ongoing waterfront investment and its own long-standing interest in the port of call concept," said Chairman and Chief Executive Officer Stephen Facey and chief operating officer Paul Hanworth in a statement released with the property conglomerate's June quarter financial results.

"We will therefore continue to seek opportunities to work collaboratively with the administration to bring the concept to life," the directors said.

Ship to dock in December

The Jamaican Government announced in June that a cruise ship carrying 2,700 passengers would dock in Kingston in December. The last time a cruise ship came into Kingston was around two years ago.

Pan-Jam and partner Downing Street acquired the Oceana Hotel from the Urban Development Corporation for $385 million in early 2014. They are redeveloping the property, located on the Kingston waterfront, at a cost of about $6 billion.

Through King Church Property Holdings Limited, the partners will redevelop the property in stages with an initial $1.5 billion being spent on the first floor.

Over six months, the conglomerate made $1.6 billion, up 14 per cent.

The bulk of Pan-Jam's profit comes from its share of results of associated and joint venture companies, which totalled $864 million in the second quarter and $1.5 billion year-to-date.

The results of associated companies consisted principally of its 31 per cent investment in Sagicor; minority positions in New Castle Company Limited, owners of the Walkerswood and Busha Browne lines of sauces and seasonings; Mavis Bank Coffee Factory Limited; Caribe Hospitality of Jamaica Limited, the developer of the Courtyard Marriott hotel in New Kingston; and Chukka Caribbean Adventures.

The group's 20.83 per cent stake in Hardware & Lumber Limited was divested in the first quarter. The conglomerate accepted the offer of $18.50 per share from new owner, Argyle Industries, from which it booked a gain of $185 million.