Holographic card maker to set up shop in Montego Bay 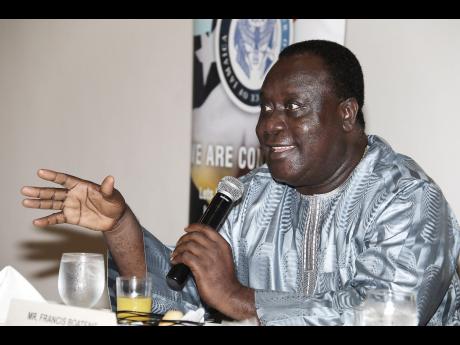 Ghanaian technology outfit Mid-Atlantic Investments & Mobility Technologies is pouring US$10 million into a new business to develop holographic equipment as well as blank credit and debit cards for distribution to issuers.

Mid-Atlantic CEO Francis Boateng says he has already secured a location in the Montego Bay Free Zone for a factory and hopes to launch the operation by the middle of 2017.

"Give or take, in a maximum of 10 months we should be up and running. We already have 21 square metres of space to set up," Boateng told Financial Gleaner. The entirety of the factory space is to be confirmed.

He says the company will be leveraging its expertise in holographic technology to produce cards for supply to card issuers in Jamaica and the Caribbean.

He also plans to produce holographic machines for government and business clients on a 'needs basis'. Mid-Atlantic Investments has already given a hologram machine to the Ministry of Finance as a gift to prevent fraudulent use of the minister's signature, marking the introduction of its technology to Jamaica.

"We are bringing the technology here. We won't be doing just this, but to produce things like Visa and MasterCard (cards) - we could make them locally," Boateng said.

Presently, the Electoral Commission of Jamaica uses holographic technology for production of elector registration cards, and the Passport Immigration and Citizenship Agency uses the technology to secure passports.

Other secure products such as blank credit and debit cards and licence tags have to be imported. Mid-Atlantic aims to capture a piece of that market.

"We want to bring awareness to a region where document fraud, like the rest of the world, is becoming prevalent. As a veritable solution, its usage would undoubtedly avert fraud proliferation, enhance efficiency in Government's business delivery and, more importantly, see significant growth in revenue collection and generation," said the Mid-Atlantic CEO.

"We will be going after predominantly government agencies - Customs, Inland Revenue, vehicle registration department, land title department, and so on - the financial and insurance sectors, shipping agencies, telecoms and even the entertainment industry".

Boateng, a lover of reggae music and Jamaican culture, says he has been trying to establish the business since he visited Jamaica last year.

"... in Montego Bay, I felt like I was back in Ghana, and I began to ask myself what can I do for a country that is so much like home; and then it hit me when I saw the registration tags and on the cars. I said, these can be easily copied," he said.