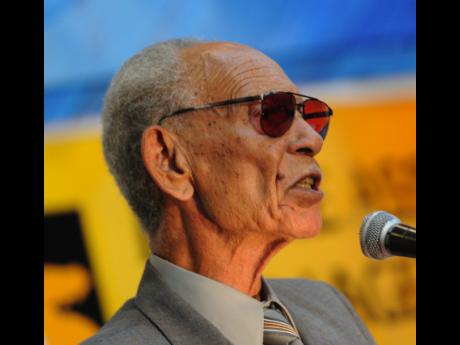 Herbert Hall, the former executive chairman of Prime Asset Management and a co-founder of Life of Jamaica, has died leaving a gap in the insurance and pensions industry, according to reactions from his peers and admirers.

Hall, a Jamaican scholar who studied law at Cambridge University, returned to the island in the late 1950s to embark on his six decades of management within the industry.

He died on January 2.

"Herbie has left an indelible mark on the pension landscape of Jamaica, having contributed to the growth in membership, the size of the industry, and assisting with framing its governance framework, for which we are all grateful," said Rezworth Burchenson, chief executive officer at Prime Asset Management Limited and deputy chief executive officer at Victoria Mutual Wealth Management.

Burchenson said Hall was so passionate about pensions that he worked past retirement age as the executive chairman of Prime from 2003 to 2013 until Prime Asset was sold to Victoria Mutual in that year.

"The management and staff of Prime still hold to his ideals of a focused pension services company centred around education, informing, and serving plan members at its core. Herbie was special in so many ways, and anyone who interacted with him should consider themselves fortunate as that interaction was a special memory," Burchenson added.

Danny Williams, the founder of LOJ, which would later transition to become Sagicor Jamaica, described Hall as a key colleague who aided in defining the insurance sector. Williams first met Hall at Jamaica College, then later when both worked at North American Life Insurance Company. Hall held the post of company administrator.

"In 1970, he was one of the five persons that participated in the formation of LOJ. I led the team, but he was a key person in it. He was chief operating officer at LOJ until about 24 years ago. He was my number 2 man at LOJ," Williams said. "He was a man of impeccable integrity, and there was a dry wit about him that endeared him to everyone."

Hall left LOJ in the 1990s to become president of Prime Life Insurance Company, which was later sold to Guardian Life. Even after Hall left LOJ, he and Williams remained good friends.

"He was a man that gave back to the country. He was a hard worker who made a significant contribution to the insurance industry and the nation," Williams said.