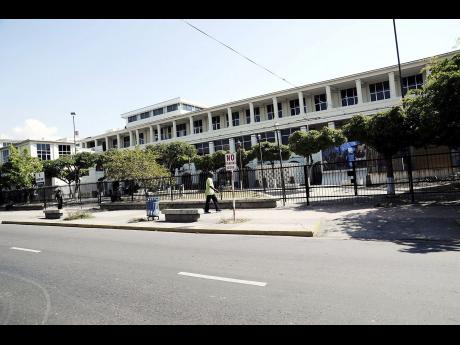 A Jamaican court has granted judgment to the 3M Company, one of the largest publicly traded companies on the New York Stock Exchange, preventing a Mexican-based outfit from using its trademark.

The Court of Appeal decision sets aside the judgment of Supreme Court Justice Brian Sykes, who had refused an application filed by 3M to bar Manufacturera 3M SA de CV, referred to as M3M, from registering the '3M & Device' mark.

The 3M Company has been registered in Jamaica since 1971, while M3M, which is incorporated in Mexico, was granted registration in 2008.

Justice Sykes rejected submissions on behalf of 3M that the marks were conceptually, visually and aurally similar.

However, President of the Court of Appeal, Justice Dennis Morrison, who wrote the judgment, disagreed, saying they are aurally identical and visually and conceptually highly similar.

According to the written judgment, delivered last Friday, 3M is registered in Jamaica in respect of various types of agricultural equipment, food processing and sanitary equipment and various types of vehicles, while M3M manufactures machinery and spare parts for the sugar industry.

In December 2005, M3M's application for registration of the 3M & Device mark was at first refused, but later accepted and published in the Jamaica Gazette in March 2008.

In June 2008, 3M objected to the registration of M3M's mark, but the registrar of industrial property found that M3M had honestly and independently used its mark for almost 50 years and ruled in its favour.

3M on January 22, 2013 filed a claim in the Supreme Court seeking an order to disallow registration of M3M's mark, asserting that it was the proprietor of the internationally well-known trade mark.

The claim was supported by the affidavit of Robert Sprague, assistant secretary of 3M, who deponed that 3M, a United States company, was created in 1902 and has extensive operations on five continents.

He said 3M's worldwide sales in 2005 were in excess of US$21.16 billion, of which US$12.9 billion or 61 per cent came from sales outside the United States. Sprague said that 3M and its affiliates spent on average about US$400 million worldwide annually for advertising during the period 2000-2005.

He said 3M has been involved in numerous disputes worldwide with M3M concerning the use of the 3M & Device mark and 3M has obtained favourable outcomes in a number of those proceedings.

Two executives from Cari-Med and HD Hopwood and three others representing local organisations also gave affidavits opposing the registration of the 3M & Device mark. They indicated that by virtue of the reputation of the 3M trademark in Jamaica and the similarity with the 3M & Device mark, they felt that the use of the latter would cause confusion and unfairly take advantage of the goodwill of the 3M mark.

M3M countered that it has been using the mark in Jamaica since 1989 uninterrupted and it coexisted and continues to coexist with 3M's mark.

It said the 3M & Device mark is distinctive in its own right and is not identical or similar to 3M's mark, and denied the likelihood of confusion between them.

Two local executives from Worthy Park Estate and J. Wray and Nephew declared that they have been engaged in a commercial relationship with M3M since 2001 and that they were familiar with the 3M & Device mark, which was used on the packaging of M3M's goods and stationery.

Both stated they had never been confused into believing that the goods supplied by M3M to their respective companies under the 3M & Device mark originated from or were associated with 3M.

Justice Sykes rejected the submission that M3M acted in bad faith because it was unsuccessful in its quest to register its mark in Mexico and must have known of the existence of 3M's mark in Jamaica.

While he accepted that phonetically the marks sounded the same, he formed the view that the grasshopper in the 3M & Device mark is a significant feature which differentiates the two marks.

However, Justice Morrison disagreed with Justice Sykes, saying that the grasshopper in M3M's mark cannot be considered a very significant feature. In his view, the 3M feature is the significant component.

M3M was absent and unrepresented at the appeal. Attorney Kathryn Pearson, who along with attorneys Tana'ania Small Davis and Mikhail Jackson appeared for 3M, said she has no knowledge whether M3M has an office in Jamaica and there is no indication that it will be appealing the matter.