Spotlight on 170 properties in Chen-Young case 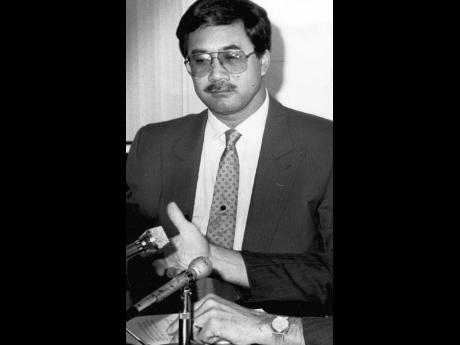 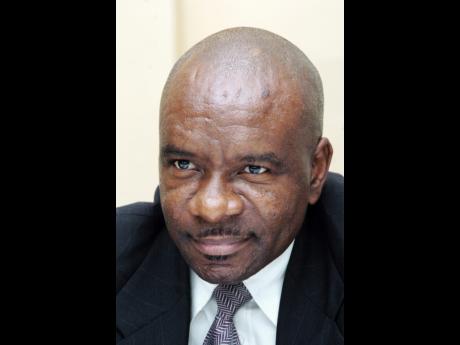 Jamaica's bailout agency, Finsac, is using new court filings for a rehearing of an appeal case to draw attention to overseas properties it now alleges that former Eagle boss Paul Chen-Young disposed of more than a decade ago.

In court filings in December, Eagle Merchant Bank and Crown Eagle Life Insurance Company, both under the control of Finsac, alleged that Chen-Young sold or transferred at least 170 properties in Florida a few days after the companies won a lawsuit against him in the Supreme Court in 2006.

The full value of the properties is unknown to Finsac.

The Court of Appeal will have to determine whether to allow what is effectively new information to be included in the case, or even if it will grant the new hearing, which was requested by Chen-Young.

Finsac plans to use the opportunity to have Chen-Young account for any properties he sold and their proceeds, according to the agency's general manager, Errol Campbell.

But Abraham Dabdoub, the lawyer representing Chen-Young, has signalled that his client plans to fight Finsac's efforts to include the property allegations.

"Nonsense," Dabdoub responded when asked about those efforts on Monday. As to the allegations themselves: "Nothing like that is true," he added in subsequent comments on Tuesday.

Chen-Young petitioned the Court of Appeal on December 14 to throw out a judgment handed down by an appellate panel in that same court, two weeks earlier, that favoured him.

The court ruled that a case that Chen-Young lost in the Supreme Court should be retried, as the trial judge had a personal relationship with lawyers on the opposing side of the case, raising the real possibility of bias. In the Supreme Court case, damages were awarded against Chen-Young and two related companies in the equivalent of $1.5 billion plus interest.

But citing delays in the appeal of that judgment - it took four years from the hearing of the appeal for the justices to hand down a ruling - Chen-Young asked the court instead to grant him a rehearing of his appeal.

In that case, which was decided in May 2006 against Chen-Young and related companies Ajax Investments Limited and Domville Limited, the Supreme Court awarded US$10 million and J$250 million, plus interest and costs, said Campbell of Finsac in court filings in December.

The court filings do not indicate when the results of the investigation became available to Finsac.

In response to Campbell's affidavit, Chen-Young said in court filings that after moving to Miami - subsequent to the takeover of his companies by Finsac - he worked with a family-controlled firm called Florida Phoenix Finance.

The business, he said, was very successful and he borrowed money to purchase, renovate and sell houses in Broward, Miami-Dade and Palm Beach counties. And that, he added, explains the number of property transactions cited by Campbell.

He also asserted that when Finsac took control of the Eagle network, he was stripped of all assets.

Regarding the trust, Chen-Young said Phoenix had sought and obtained permission from investors to take over their loans and corresponding assets. He said the trust was set up to protect the investors after Finsac brought legal action against him in Florida.

In his request for a new appeal hearing, he also asked the court to discharge a freezing order which has restrained him, Ajax and Domville from disposing of or dealing with their assets since 1998; and that Eagle Merchant and Crown Eagle resume the US$5,000 monthly payment to him from the proceeds of the sale of assets of the companies he controlled.

Those payments were authorised by Supreme Court Justice Roy Anderson in 2006, but stopped in 2013, based on new arrangements with Finsac regarding Chen-Young's living expenses.

The appeal court held a hearing on Chen-Young's motion, but has reserved judgment until March 23.

The Eagle companies opposed Chen-Young's efforts to lift the freezing order on the monthly payments to him at the hearing, but had no objections to the rehearing of the appeal, according to lawyers from the firm Hylton Powell, who appeared for the Finsac-controlled companies.

With the new hearings, the case has now entered its 20th year in the Jamaican courts.

As part of the current case, Chen-Young is now contending that he has been denied his constitutional right to a fair hearing within a reasonable time.

The Supreme Court rules in favour of Finsac.

Court of Appeal hands down ruling, four years after the case wrapped up.

Chen-Young asks the court to rehear the appeal, citing the delay.