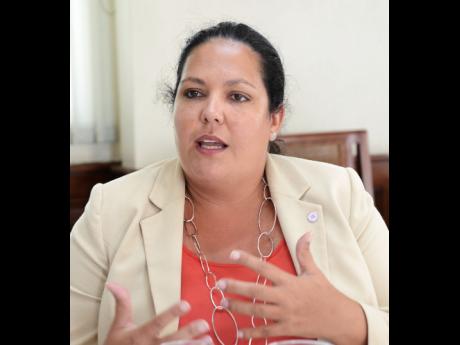 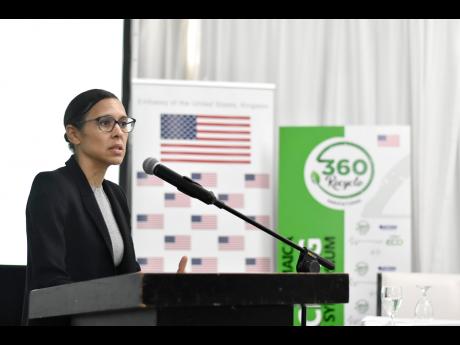 The Leap Company Limited, incorporated in Kingston in February this year with business specialists Saffrey Brown and Wayne Beecher, and economist Dr Suzanne Shaw as shareholders, has launched its first fund with a target to raise US$30 million.

The Leap Company is a profit-driven social enterprise which invests in ventures through the Leap Impact Investment Fund, as the first fund is called. The fund is managed by JN Fund Managers.

Leap holds an investment arm which aims to profit from investments and consultancy work, and also has a subsidiary, the Leap Forward, which is a not-for-profit entity created for the development of ventures which have positive environmental and social impact. Dr Shaw is CEO of The Leap Company, while Brown is CEO of Leap Forward.

The company expects to generate income for financing and capitalisation and to support the seeding and development of socially and environmentally friendly projects.

The Leap Fund, for which the principals have planned a 12-month roadshow, both locally and internationally, and for which an anchor investor has already expressed interest, is aimed at ventures which promise to deliver a triple bottom line, an accounting framework that incorporates three dimensions: social, environmental and financial. The dimensions are commonly called the three Ps: people, planet and profits.

Brown, who departed as head of the Jamaica National Building Society Foundation earlier this year and is well known for her work in social enterprise, says the company is targeting for financing, projects which are set up to provide some kind of solution to a national or global challenge or impact ventures.

She told the Financial Gleaner on Wednesday that "we have already started fundraising and we are looking pretty good for a local anchor investor. But we will be going on a roadshow, both locally and globally, to get other investors for the fund that we are looking to raise and which we can then look to invest."

She notes that while the overall target for the fund is US$30 million, Leap will be looking to invest between US$50,000 to US$2 million per venture. Early-stage and seed-stage ventures will be in the smaller bracket for funding, while those which are in growth stage will get $2 million.

Fundraising for Leap is expected to be completed within 12 to 18 months, with the close expected at year end 2019.

Brown says that they are looking to raise US$12 million and then start investing, noting that they will not wait until they get the US$30 million.

"As to projects, we don't really want to identify them right now as we don't yet have the agreements in principle. But, we have done a lot of work on projects in the pipeline. There is a real market out there for funds," she said.

Such projects, Brown says, will ensure that economic growth in Jamaica happens in a sustainable and socially inclusive way.

Leap Forward will, in the meantime, be piloting new solutions, offering incubation, acceleration, testing, and conducting ideation camps. "That's where you help entrepreneurs to develop strategies and solutions to bring triple bottom line challenges to market," she said.

Shaw says they have estimated a 13 per cent rate of return for investors in the fund.

"While traditional funds have lofty expectations about returns, the results show that impact funds deliver returns which are just as good, if not better," she told the Financial Gleaner.

Shaw is a clean energy expert with a record of assessing sustainable energy and transport investments.

Working in Brussels, Belgium, in 2014, she led the evaluation of the European Union's €1.3-billion programme on fuel cell and hydrogen energy technology commercialisation.

Leap's directors, in company documentation, noting their intent to focus on ventures in energy, pointed out that Jamaica's dependence on imported fossil fuels means high electricity prices, vulnerability to price shocks, and no contribution to mitigating climate change.

Another area of focus locally is infrastructure, they said, pointing out that infrastructure development and environmental considerations are integrated.

The third area of focus is climate-smart agriculture, whereby they are aiming to fund projects related to disaster mitigation, and agriculture and business models based on climate-resilient agricultural practices.

In its final focal area, the circular economy, Leap's directors outline that the projects targeted are those rethinking waste as a resource and a means to hedge against volatile commodity prices.