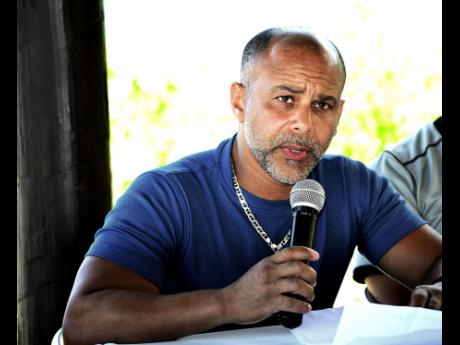 C2W Music Limited, the start-up music publishing company that has racked up deficits more than hits, will outline the details of its rescue plan at an extraordinary general meeting scheduled for June 27.

It will involve an unnamed outside entity taking a large stake in C2W. However, the company and its advisers are still not revealing details of the plan that was first mentioned at its annual meeting last month, beyond initial disclosures that executive directors Ivan Berry and Derek Wilkie would remove themselves from the board but remain in some capacity at the company, in order to manage the music catalogue, which comprises 700 songs.

"We will make a statement at the EGM," said SSL manager Alanah Jones. "We want to disclose all information to the shareholders, first." SSL is a shareholder in C2W as well as its financial adviser.

Shareholders will vote to approve the rescue plan at the EGM, to be held at the headquarters of the Jamaica Stock Exchange in Kingston.

It follows the granting of waivers by the JSE and Financial Services Commission on June 5, obviating the requirement for a mandatory offer to all the participating voting shareholders from the rescuer, according to a market notice filed with the JSE.

The lead arranger of the rescue deal is the venture capital arm of Stocks & Securities Limited.

C2W's audited financials for year ending December 2017 shows that the company holds negative equity of US$236,000 following the write down of songwriters advances to nil versus US$270,000 a year earlier. That write down eliminated the last substantial asset on C2W's books, while its deficits have now accumulated to US$1.52 million.

C2W listed on the JSE as a start-up in 2012, under the symbol MUSIC, but has not moved beyond that phase in more than five years. The stock, which listed at $1.29 per share, is now trading at 45 cents.