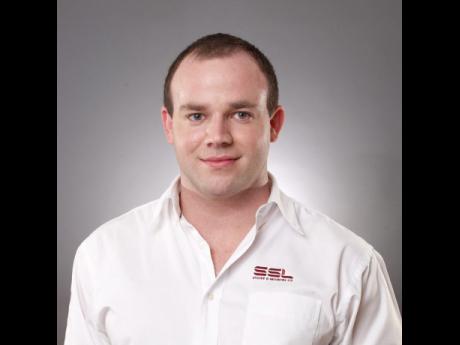 SSL Venture is essentially acquiring C2W Music as a shell from which to operate. The music publisher will be renamed SSL Ventures Capital Limited once the transaction is finalised, but the change is subject to shareholder approval. The renamed firm will trade on the stock exchange as SSL Ventures.

Another extraordinary meeting for that vote is scheduled tentatively for July.

A reverse takeover involves a private company acquiring the controlling shares in a publicly traded one, in a move aimed at taking over the public company and recapitalising it. But it also allows the private company to fast track its listin.

The rescue programme for C2W, which has been approved by regulators, was itself outlined and approved at the board level of the companies prior to the extraordinary meeting on Wednesday. The top two shareholders and principals of the company, Ivan Berry and Derek Wilke, did not participate in the meeting.

"We are basically buying C2W Music and then injecting capital and changing the business operation," said SSL Ventures CEO Drew Gray at the meeting held at the Jamaica Stock Exchange in Kingston.

SSL Venture Capital is already capitalised with US$850,000 but will go back to the market to raise additional funds in order to finance future deals. C2W, meanwhile, last reported negative equity of US$236,000.

"The current board and management team has already decided to step down as part of the rescue mission. Also we will amend the company articles of association to allow it to operate as a venture capital firm and not solely as a music rights recording," said Gray.

Stocks & Securities Limited already holds a quarter of the shares in C2W Music, or some 105 million of 400 million units.

The rescue plan includes acquiring 80 per cent of the total outstanding C2W shares while leaving the remaining 20 per cent in the hands of the general public.

The additional shares will be acquired from CEO Ivan Berry who holds 180 million units, and chairman Derek Wilkie, who owns 80 million shares. It is likely that SSL will acquire a portion of those holdings since acquiring the full lot from Berry and Wilkie would push SSL's holdings to 91 per cent.

Gray said SSL would pay one cent per share to acquire the holdings of Berry and Wilkie.

The stock currently trades at $0.59, but the SSL team convinced the C2W directors that the fair value was one cent, based on either a discounted cash flow or book value method of valuation, said Gray.

The music publisher listed as start-up in May 2012 at $1.29 per share after a successful IPO arranged by Stocks & Securities. The company, whose business model was largely untested in Jamaica, has struggled since its debut to earn revenue.

Five years later, C2W's audited financials for year ending December 2017 show that the company's capital had eroded to negative equity of US$236,000 following the write-down of songwriters' advances to nil versus US$270,000 a year earlier.

That write-down eliminated the last substantial asset on C2W's books, while its deficits have now accumulated to US$1.52 million.

"This will allow shareholders to recoup some losses, if you were holding shares at the initial public offer price," Gray said of the rescue plan.

The transaction to acquire a controlling stake in a listed company, under normal circumstances, would have required a mandatory takeover offer for the remaining shares in the hands of the public. SSL, however, received a waiver on the mandatory offer from the Jamaica Stock Exchange and Financial Services Commission, based on factors that included the underperformance of the company and its accumulated deficits.

"It is the first-ever rescue plan of a listed company. Everything else that might have been similar was a takeover, but this is the first time the JSE and FSC have approved a rescue plan," Alanah Jones, chief operating officer at SSL Ventures, said after Wednesday's meeting.

SSL Venture Capital Jamaica, which is wholly owned by Stocks & Securities, makes investments in start-up companies with a strong growth potential. Jones told the Financial Gleaner that the company made its initial investment in a start-up last July, but declined to reveal the details. There are two additional investments in the final stages of completion, she said.

"I am now hearing music and I feel quite gratified and satisfied in what has been presented," he said.

"Just do not start dancing yet," responded Gray.

"Lucky for me, I cannot dance," Bloomfield shot back.

The trade for the shares belonging to Berry and Wilkie should occur by today, Friday, according to Jones. Under the rescue plan, Berry and Wilkie would remove themselves from the board but will continue to manage the music catalogue, which comprises 700 songs.

The next extraordinary meeting, scheduled tentatively for next month, will also elect the directors of SSL Venture Capital Jamaica, whose candidates include Mark Croskery, an executive director at SSL; Gerald Wight a director in Hiaitan firms ProFin and Caribbean Investors Capital; and Sheldon Powe, an IT consultant and former chief information officer at JMMB.