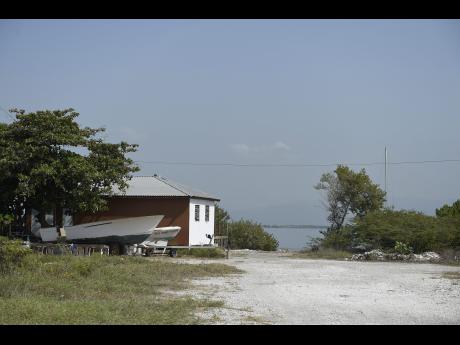 The appeal court on Monday denied a request to block the sale of Morgan's Harbour, freeing receiver Wilfred Baghaloo to conclude a deal with a Malta-based company for the hotel property.

At the same time, Baghaloo is accommodating a request to act as intercessor with the buyer on behalf of the Port Authority of Jamaica, PAJ, which has indicated an interest in acquiring a section of the Morgan's Harbour property, known as the coal wharf.

The Port Authority confirmed Wednesday that it wants to develop a cruise terminal at the site to complement the floating pier project. The terminal and pier would serve Port Royal as well as Kingston, said PAJ Vice-President for Cruise Shipping, William Tatham.

The land on which Morgan's Harbour sits is leasehold property. The 23 acres include the hotel, the old naval dock yard, and the coal wharf.

"We already have a buyer and an agreement for the sale of the property, so, as receivers, we are negotiating to facilitate the PAJ. This is a very confidential and delicate matter, as are most negotiations," Baghaloo said.

Tatham said the cruise port to be developed in Port Royal would only be able to accommodate one ship at a time, and that over the long term, the agency would be looking to develop new facilities closer to Kingston Harbour.

Earlier this month, Cabinet approved a US$7.4-million contract to be awarded to Cruise Ventures AS for the supply, installation and commissioning of a sea walk floating pier for cruise ships in historic Port Royal. The project also includes the restoration of historical sites, namely the Old Naval Hospital, Fort Charles, the Admiralty Houses, and Fort Rocky.

Baghaloo said the agreement with the preferred bidder for the sale of Morgan's Harbour hotel was struck just over a year ago, in June 2017, but the transaction was delayed by the legal dispute between the receiver and debenture holder Lashmont Financial. The receiver disclosed that the buyer has holdings in a cruise port and hotel in its home market.

Morgan's Harbour is a 60-room hotel that was originally owned by Morgan's Harbour Limited, whose principal and chairman is Neville Blythe. The property was placed in receivership in September 2015 by Lashmont Financial Services Limited. Baghaloo was appointed as receiver alongside Caydion Campbell, both of whom are attached to Pricewaterhouse-Coopers Jamaica.

Lashmont, the hotel lessee, which secured Morgan's Harbour's debt via the purchase of debentures held by Development Bank of Jamaica - Baghaloo previously indicated that the debt to DBJ was about $70 million - has been trying to stop the sale of the hotel. Those efforts have failed so far to gain traction, but Lashmont is pushing ahead with its appeal against a February judgment in the Supreme Court that favoured the receiver.

In April, the company requested a stay on the sale of the hotel while it continues to challenge the receivership, but that application, made to the appeals court, was denied on Monday, July 16.

"Our only comment is that the appeal remains to be determined," said Kemilee Mclymont, partner in the law firm Peter Mc & Associates, which represents Lashmont, when reached for comment on the legal developments. Lashmont's case is being argued on appeal by Stuart Stimpson of the firm Hart Muirhead Fatta, she said.

The receivers are represented by Michael Hylton, QC.

Baghaloo, meanwhile, is still not saying the sale price for the hotel nor the buyer's identity, but offered more details about the company.

"We are still under confidentiality agreement. The company is from the island of Malta. They operate a construction company, a high-end hotel - maybe the largest in the country - and is a partial owner of a cruise port there," he said.

"They see many similarities between Port Royal and Malta, including our museums and artefacts and history. At this stage, I cannot say much more about the company, given the confidentiality agreement in place."