Financial investigators being trained to go after ill-gotten gains 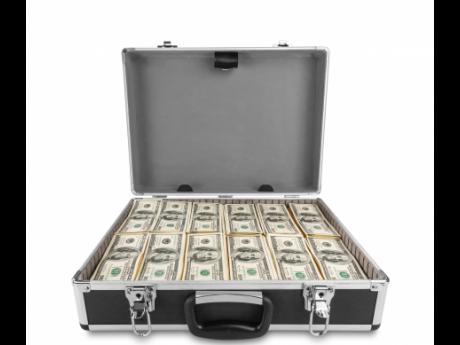 Financial investigations in Jamaica are receiving a boost with a programme aimed at training investigators in using the Proceeds of Crime Act to go after criminals' ill-gotten gains.

Participants drawn from the Major Organised Crime and Anti-Corruption Agency, the Financial Investigations Division of the Ministry of Finance, Jamaica Customs, the police and Tax Administration Jamaica are being trained at the Faculty of Law at The University of the West Indies (UWI) to gain accreditation in the area.

United Kingdom consultant to the Ministry of Finance, Gary Dickson, said the two-week course is the first in a series of three that will expose existing and new financial investigators to the various techniques used in doing their work and how to apply the legal tools available. That will be followed by another 12 months of observation and mentorship where participants will be monitored, assessed and accredited.

"There is a mix of seasoned and new investigators on this particular course. We'll give them full exposure to the material so that they can become trainers in their own right, and so expose others. In subsequent courses, we'll have fresh persons," Dickson said.

Addressing the launch of the programme at the UWI on Monday, Financial Secretary Viralee Latibeaudiere said the course is evidence of Jamaica's commitment to adjust to the changing landscape of anti-money laundering and counter-financing of terrorism. She says that from now on the effort must be to use all resources in going after dirty money.

"We can and must do more to strip away the notion that crime pays. We must provide locally, regionally and internationally a united front and ensure there is no hiding place in Jamaica for the proceeds of crime, be it derived here or abroad," Latibeaudiere said.

She charged participants to be zealous in their efforts by using all the tools available to them.

"The importance of a strong regulatory framework, coupled with a demonstrable enforcement of legislation, cannot be underestimated, and I would urge you all to continue your efforts to hit the criminal where it hurts - in their wallets," said the financial secretary.

Dickson says the aim is to grow the cadre of financial investigators available to the various agencies, using a multisectoral approach to taking the profit out of crime.

"It really doesn't help if the only agency doing financial investigations is the FID. We have to equip agencies like the police so that when they make out a case for, say, praedial larceny, then they take the next step and go after assets that may have been derived from a life of crime. Doing that may take us further along the road of assisting victims," Dickson said.

The course is funded and supported by the United Kingdom Department for International Development. Persons accredited under the programme will be recognised both locally and regionally.