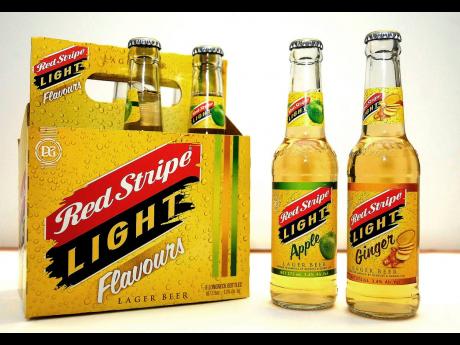 With tens of millions of glass bottles in demand annually, the Jamaican government sees a business opportunity just waiting for someone with sufficient capital to exploit, and which, in turn, would further its quest for import substitution.

A government source, speaking on condition of anonymity because talks were still ongoing with various parties to seek their buy-in, says a study will be commissioned on the feasibility of glass factory as a special economic zone operation.

Consideration for such a business comes nearly two decades into the lockdown of a glass operation that sought but was refused government support, leaving market demand to be filled by imports.

Drinks company Desnoes & Geddes Limited, which trades as Red Stripe beer, is not interested in investing in glass-making but says it would consider sourcing its bottles locally, under the right conditions.

“Currently, we are not in the process of exploring this as an option … when the opportunity presents itself through a third party, we will look at this and determine the business impact,” said the brewery. Spirits company J. Wray & Nephew did not respond to requests for comment for this story.

There are “60 million bottles” of D&G products in circulation annually. The maker of Red Stripe beer imports its bottles mostly from Costa Rica.

Otherwise, most bottles used for local beverages are sourced from Trinidad & Tobago.

Dutch-owned Red Stripe says a glass bottle can be reused up to six times in the production cycle without losing its purity and quality, and that it writes off bottles after five years in circulation.

It would take US$150 million to US$200 million to set up a glass factory, with a potential return on investment in under five years based on the level of bottle imports for alcoholic beverages alone, said a source familiar with such facilities.

In 2000, West Indies Glass Company ceased operations after failing to get concessions in part from Government to allow them to retool and modernise. The closure occurred two years after the business was acquired by the ANSA McAl conglomerate of Trinidad & Tobago, according toGleaner reports at the time.

The Jamaican Government hopes to use the benefits of Jamaica’s special economic zone, or SEZ, as a selling point to entice potential investors. Those benefits include duty-free imports on select items, and a 12.5 per cent income tax rate with the option to lower that to 7.75 per cent.

“Nothing is on or off the table,” said Jamaica Special Economic Zone Authority CEO Dr Eric Deans, when asked about the plan. “We can’t divulge any details,” he said.