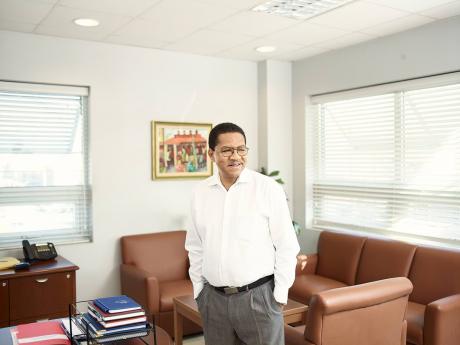 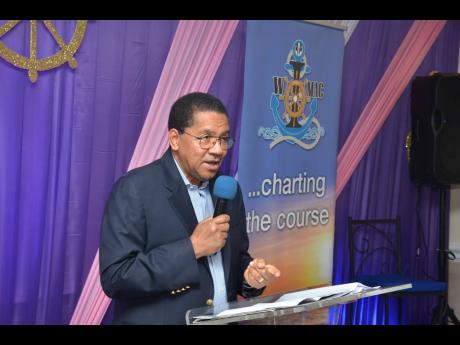 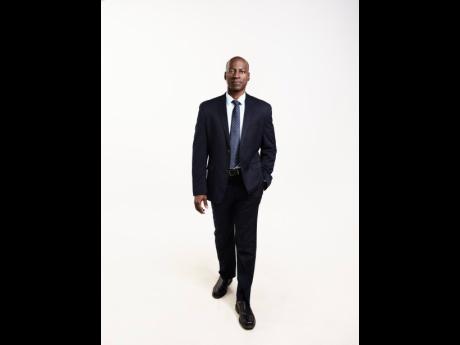 It has not been an easy ride, but Grantley Stephenson says, on a whole, he has thoroughly enjoyed his 47 years working in shipping and shipping-related activities since he was made supervisor for Alcan bauxite company’s Port Esquivel pier in St Catherine in 1972. He spent the last 16 years leading port company Kingston Wharves Group Limited, KWL, after working as a ship agent and deputy general manager for Jamaica’s former national shipping line, Jamaica Merchant Marines.The outgoing KWL chief executive officer thinks he has shaken up the port management business in Jamaica a bit and has no regrets for having done so.

Among the legacies he lists in his achievements column is a paradigm shift he says he has helped to create in transforming the port from being a facilitator of buying and selling to being also a free zone in which value-added production takes place for export. “Growing exports is essential for achieving economic growth in Jamaica,” Stephenson declared as he sat for an interview with the Financial Gleaner last week, on the eve of his retirement from the top executive post at the Newport West-based business in Kingston.

The long-term plans for the multipurpose port company includes consideration of inland cargo logistics involving the integration of multimodal transport – sea, air, land; but in the short to medium term, emphasis is being placed on building out port and near-port assets. While providing this peek at the development master plan for the company, Stephenson declined to elaborate on the vision for expansion that will now fall to Mark Williams to execute when the current KWL chief operating officer trades that hat for the CEO chair come January 6.

“We want to focus on port-centric logistics and build out closer to the port first. We are near the Norman Manley International Airport with the connectivity it provides,” Stephenson says.

KWL’s entry into logistics was assisted by a deliberate strategy over many years to build up a land bank of real estate holdings near the port to facilitate expansion of the business. In 2018, the company entered a real estate joint venture with Stocks and Securities Real Estate Trust, which it announced less than two weeks ago that it had bought out for $67 million.

The near-port logistics development plan involves a 300,000-square-foot modular warehouse complex that KWL plans to build at an estimated cost of more than US$30 million on property it owns at Ashenheim Road, near the Kingston waterfront. The facility, expected to come on stream when the company is approved by the Government for special economic zone (SEZ) status, will offer warehousing, processing, packaging and pre-retail services, returned goods management, value-added light manufacturing, and other operations.

The KWL group, which does core terminal operations and logistics business, comprises subsidiaries that provide cold storage, industrial and port security, property management and skilled labour for terminal operations. It has achieved provisional SEZ designation, but a protracted delay in final approval by the authorities has stymied development plans. “It has robbed the country of some opportunities. These are things we have to look at going forward,” Stephenson notes, pointing to the delay as being among his unfinished business.

He urges an examination of the port business and the pending build-out of the SEZ framework as an integrated whole rather than as separate activities and points to export growth from SEZs in Panama and the Dominican Republic as successful models.

Most of the motor vehicle and container trans-shipment is operated from KWL’s berths 8 and 9, which were deepened and rebuilt at a cost of more than US$26.6 million to accommodate the larger vessels that now transit the widened Panama Canal. Stephenson has likened that investment early in his tenure as being like the biblical character Noah building an ark when there was no sign of rain. More than 50 per cent of the business’ revenues and profits are now generated there.

For the financial year ended December 2018, Kingston Wharves posted revenues of $7.2 billion and operating profit of $2.4 billion. With current market capitalisation of more than $89 billion, KWL stock traded at $62.38 at close on December 18, 2019. At the start of Stephenson’s tenure in 2003, the company reported revenues of $1 billion and profit of $63 million for that year.

Big on succession planning and staff development, the outgoing CEO considers the succession plan now activated as a big part of his achievements at the port company. Stephenson, who will continue with the KWL as deputy chairman of the board of management, says his new role will not cast a shadow over the independence of the new CEO.

“He will have independence to play his own innings. There are some projects that I expect to be involved in at the level of the board, but I will certainly not be part of the day-to-day management of the business. My role is not to encumber him in any way or to interfere. Continuity is very important and my advice is always available. It’s a seamless transition,”the retiring CEO says.

Stephenson, 71, adds that Williams, 51, was handpicked and groomed for the top job some four years after being hired as chief marketing and planning officer in October 2011.

“When we employed him, we saw a lot in him. He is a very bright person. After a few years, I recognised that he had the potential to go much further. I convinced the board to appoint him COO and I involved him in everything that I did.”

Williams, already with an impressive professional track record and significant experience under his belt at the time, was placed on a fast track of leadership training. “I recognised that he had the potential and provided the opportunities for him to grow. He has been interacting with all our big customers, so they know him,” Stephenson adds.

Among Grantley Stephenson’s unfinished business is the upgrading of the physical environs in the entire Newport West area, including roadway and verges improvement and maintenance, drainage rehabilitation, establishment of a food court to accommodate vendors and their relocation from roadways. Stressing that this must be a collaborative venture involving all property owners and businesses operating in the area, as well as local and central government bodies, Stephenson hopes to be able to devote more time to this project during his retirement.

“Much has been accomplished. We have come a long way and I have no regrets,” said Stephenson, reflecting on his KWL journey.