Daniel Runde | A new US agenda for Central America 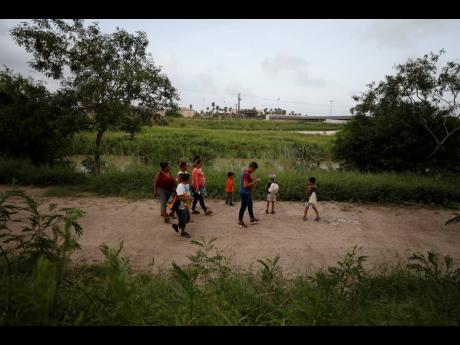 AP
AP In this June 26, 2019 photo, migrants from Honduras, Nicaragua, and Mexico walk with two local friends along the Rio Grande in downtown Metaamoros, Tamaulipas state, Mexico, before they sleep for the night on the pavement at the entrance to the bridge that crosses to Brownsville, Texas. 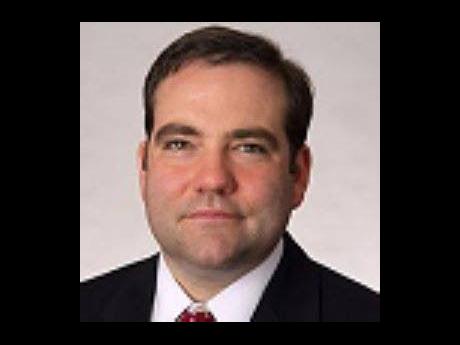 In the past 70 years, the US has had a sporadic relationship with the three countries, tending to focus on the region only when a crisis emerges. The main drivers of forced migration from the Northern Triangle – lack of jobs, weak citizen security, and bad governance – are the same ones that fuel the phenomenon in Africa, Asia, and the Middle East. Economic growth can help reduce migration: evidence suggests that interest in emigrating drops significantly when a country’s GNP per capita reaches about US$8,000. Guatemala and El Salvador currently have a GNP per capita of around US$4,000, with Honduras further behind at about US$2,500.

Biden is himself no stranger to the region. As vice-president under President Barack Obama, he was charged with leading the Alliance for Prosperity, or A4P initiative, which the US put together with the governments of El Salvador, Guatemala, and Honduras in response to a 2014 migrant crisis on the US’s southern border. Vice-President Biden made at least three trips to the Northern Triangle. The A4P also established a security initiative.

Some criticised the original A4P for not creating enough positive impact, especially regarding security, but change takes longer than a four-year US presidential term.

In 2017, President Donald Trump’s administration replaced Obama’s A4P with the US Strategy for Central America, seeking to foster similar institutional reforms, security, and development. But in 2019, the administration shifted course and froze US$450 million in foreign aid to the Northern Triangle in an attempt to force the three countries to stop migration flows and change their border policies. Freezing assistance negatively affected US overseas aid programmes, and resulted in the cancellation of a number of development schemes.

The hardest problems to confront in El Salvador, Guatemala, and Honduras are corruption and poor governance. Some past initiatives, such as the Commission Against Impunity in Guatemala, partly succeeded in fighting corruption, but ultimately failed for a number of reasons.

Unfortunately, the three countries’ economic, security, and political challenges have recently worsened, and have been further exacerbated by the COVID-19 pandemic and the devastation caused by Hurricanes Iota and Eta. Northern Triangle economies have suffered severely owing to pandemic-related lockdowns and declines in tourism, while remittances initially declined drastically but have since picked up. A silver lining is that gang violence has decreased and remains lower than normal.

When the pandemic abates, the region will have significant potential to develop a number of economic sectors, such as tourism and textiles. Additionally, tectonic shifts are under way in global supply chains as countries and firms seek to become more resilient and less reliant on China.

The Northern Triangle’s problems are solvable – and Panama, Mexico, and Colombia offer some, admittedly imperfect, comparisons in terms of lessons learned.

After Panama suffered a severe political crisis in 1989, it had a GNP per capita of just US$2,570. But today, the country is a healthy democracy that boasts a GNP per capita of US$14,950, which explains why there are not large numbers of Panamanians migrating to the US.

Likewise, Mexico was once a country of origin for large numbers of both documented and undocumented migrants to the US. But nowadays, net numbers of Mexicans are returning to Mexico; the country achieved a per capita GNP of US$8,050 in 2005, around the time that its population reached replacement levels. And the experience of Colombia shows how consistent political will and a broad social consensus can lead to real progress in security, economic development, and addressing conflict.

The Northern Triangle region has changed in the last six years. El Salvador and Guatemala have experienced political transitions, and the Inter-American Development Bank has undergone a change of leadership.

Moreover, China has steadily strengthened its ties to Central America, resulting in El Salvador severing diplomatic ties with Taiwan in 2018. Ideally, a new Biden administration initiative towards the region would provide strong incentives for Honduras and Guatemala to maintain their recognition of the island.

The most important players in a renewed Alliance for Prosperity 2.0 will be the three countries’ political leaders. Moreover, the vast majority of formal-economy jobs in the Northern Triangle will be created by local businesses and entrepreneurs. Any initiative that does not promote an improved business and investment environment will fail.

Biden has pledged to recommit the US to the region through a four-year, US$4-billion strategy targeting the rule of law, endemic corruption, and economic growth. Any such initiative will require a deep partnership with the IDB, which has unique convening authority in the region, relevant expertise, and significant financing power – and has signalled that it wants to help.

The Biden administration should also seek support from Canada, Colombia, Mexico, Taiwan, Spain, the European Union, and the World Bank.

Ultimately, there is no magic bullet that can solve the Northern Triangle’s problems. Overcoming them will require political will from the region’s three governments, buy-in from societal stakeholders, and an extended commitment from the US and others.

The three countries will need to devise their own plans, and then be held accountable for delivering results. The incoming Biden administration can help – most effectively by convening the region’s leaders within its first 60 days in office.

Daniel F. Runde is a Senior Vice-President and William A. Schreyer Chair in Global Analysis at the Center for Strategic & International Studies.© Project Syndicate, 2021www.project-syndicate.org