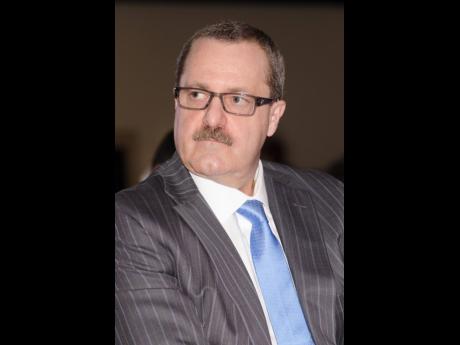 Jamaican investors interested in the American financial market are being urged to be cautious in their investment decisions, even as recent market activity has been bullish.

Gregory Fisher, Managing Director & Head of Emerging Markets, Fixed Income & Wealth Management at investment company, Jefferies, says the optimism in the US markets is driven by synthetic forces of United States federal intervention and the expectation that normality will soon return given the progress on fighting the coronavirus.

In his global economic outlook at the opening night of the Jamaica Stock Exchange 16th Regional Investments and Capital Markets Conference streamed from the Jamaica Pegasus Hotel in New Kingston on Tuesday, Fisher gave three reasons why the markets are bullish and optimistic: big and on-going fiscal stimulus; the expected herd immunity from COVID-19 that will likely occur in June; and the US economy is expected to return to waves of pre-COVID-19 spending as soon as the American authorities inject stimulus. The new Biden administration has proposed a US$1.9 trillion package of assistance.

But Fisher is not as bullish.

“The markets are telling us that the new normal will be a reversion to the mean when life goes back to normal as we know it and to that I say, not so fast,” he told investors and industry watchers in his presentation to the conference via Zoom. JSE held the conference virtually for the first time, in conformity with COVID-19 safety protocols.

The investment banker noted that the past 10 years have been characterised by low growth, low inflation and low interest rates. At the same time Fisher says that in recent times, in the midst of the COVID-19 pandemic, markets have been booming, with tech-focused stocks on the Nasdaq exchange rising 44 per cent and the Standard & Poor’s or S&P index rising 16 per cent.

Fisher said the last time he saw these levels of returns was in 1987 and 1998/1999 and that apparent buoyancy in the market is not supported by underlying fundamentals in a scenario where employment, income and retail sales continue to contract.

The bear market that emerged in early 2020 was one of the shortest on record that was snuffed out by large amounts of stimulus money, he added, while arguing that signs of recovery may be fraught with danger, that the recent increase in yields on the US Treasury bond market will not last and that the on-going economic stimulus programme is disinflationary.

“Yes, you should look at the light at the end of the tunnel; just be mindful of the landmines laying around in the same forward direction,” he said. “Don’t be greedy. Take profits; make sure that you have cash to buy in dips or even market corrections. Understand that all of the stimulus being deployed because the pandemic caused that much carnage economically, as well as for all humanity.”

Turning to the Jamaican market, Fisher said the country was not immune to the massive sell-off in the sovereign bond markets, where activity is characterised demands for interest rate spreads of 700 basis points, and a spike in defaults, with some of the most notable being Argentina, Ecuador, Zambia and Suriname.

“It was a massive shock to the bond and financial markets seen only twice over the last 35 years, with the first being the Asian crisis and of 1998-1999 and the global financial crisis of 2008/2009,” Fisher said.

“Bondholders were handsomely rewarded for holding Jamaican debt and a lot of what Jamaica is doing means that more developed markets should be paying attention,” he said.

The markets held faith in Jamaican bonds because of the sacrifices made in the past through debt restructuring and running a large primary budget surplus, the difference between total taxes collected and money spent excluding interest paid on government debt, he explained.

While Jamaica had the option, Fisher characterised the government’s decision not to issue new bonds to cover its COVID-19 response as the right call.