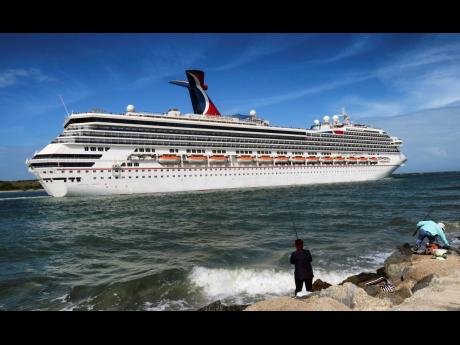 Carnival Cruise Line is cancelling and delaying more United States trips with new cases of COVID-19 averaging about 170,000 per day in the country amid a jumbled roll-out of vaccines.

Carnival’s planned seasonal service out of San Diego has been suspended until further notice, and cruises scheduled through April 2023 were cancelled. Some trips from California to Hawaii will continue, but will sail from Long Beach instead, the company said.

Trips that were planned on three ships, the Magic, Paradise and Valor, are being delayed until November, the cruise line said.

“Like so much about this current global situation, we are adapting our plans as circumstances evolve and we are able to confirm alternatives,” Carnival Cruise Line President Christine Duffy said in a prepared statement Monday. Carnival Corp shares dropped six per cent, and shares of rival operators Royal Caribbean and Norwegian Cruise Line were dragged down by five per cent.

While the US Centers for Disease Control and Prevention, the CDC, lifted its no-sail order for the industry on October 30, it is also warning people to avoid all cruise travel due to the risk of infection. The CDC allows for a phased restart if the industry meets testing and safety requirements for crew and operates successful test voyages.

Travel agencies are now predicting July will be the best-case scenario for a gradual return for cruises in North America, Sholes said last week, but that a return in September or October is more likely.

That could force the Miami cruise operator to raise additional funds to stay afloat, Sholes wrote.

Carnival Corp lost more than US$10 billion last year as the pandemic swept the globe, but said this month that it would have enough cash to survive through 2021 even with no revenue.