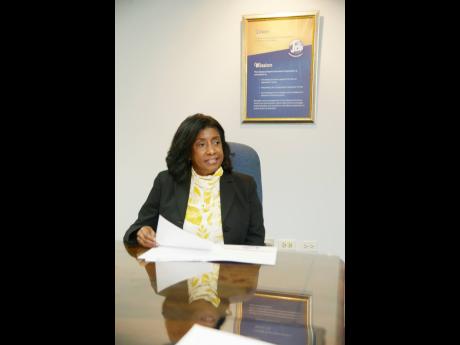 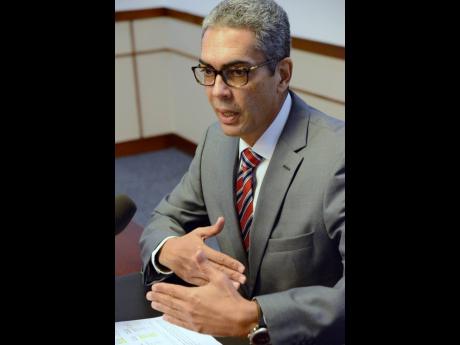 Rudolph Brown
Richard Byles, governor of the Bank of Jamaica.
1
2

B ank of Jamaica, BOJ, and other overseers of the financial sector, it appears, will have to recruit staff at a lower scale than they desire, for at least another year, or otherwise delay new hires in circumstances where salary offers are not...

B ank of Jamaica, BOJ, and other overseers of the financial sector, it appears, will have to recruit staff at a lower scale than they desire, for at least another year, or otherwise delay new hires in circumstances where salary offers are not attractive enough.

A public sector-wide staffing and pay review by the Ministry of Finance and the Public Service was left out of the national budget for the new fiscal year, covering April 2021 to March 2022, at a time when the central bank is taking on new bank-watch and other duties for microfinancing firms and credit unions.

Still, BOJ leadership, though noting that the central bank has “awesome” responsibilities, is sanguine it can handle its expanded regulatory portfolio and monitoring activities effectively.

Minister of Finance Nigel Clarke conceded as he tabled the $830-billion national budget in Parliament last week that additional COVID-19 pandemic-related spending has knocked the staffing and salary evaluation off the financing agenda.

The ministry having taken that decision, the Jamaica Deposit Insurance Corporation, JDIC, whose remit is also being expanded to include credit unions, says that until salary and staffing talks with the finance ministry are satisfactorily concluded, it won’t be able to fully execute planned staffing improvements to monitor growing bank risks under the pandemic and conduct stability analyses.

“With regard to improving remuneration for staff, this remains ongoing and the JDIC is working with the [Ministry of Finance] for approval of its submission,” said JDIC CEO Antoinette McKain.

That submission, titled ‘Organization Review, Job Evaluation and Reclassification Salary Recommendations (2018)’, was devised “to ensure the corporation can continue to recruit and retain competent staff in this very specialised area of the financial system safety net,” McKain said.

The JDIC head noted, however, that her agency, which oversees an insurance fund for bank deposits, has continuously been improving its staff know-how through training, including partnering with local and overseas stakeholders. Its focus now, she said, is enhancing the agency’s capacity to conduct core functions of monitoring and risk assessment; financial institution resolution management, including liquidation management; and depositor reimbursement.

BOJ Governor Richard Byles did not respond directly a query on whether the central bank, given its impending independence, had special dispensation to raise salaries and create new positions outside of a public sector-wide review.

“We do the best we can within the Bank of Jamaica to keep our very talented staff,” he said at last Friday’s BOJ quarterly monetary policy briefing, without elaborating.

Byles noted that while BOJ’s job was immense – or “awesome”, as he put it – its current staff was up to the job and deserving of better compensation.

“They have, like many other persons in the civil service, been under strictures of emoluments. Of course, we understand the whole economic situation. We look forward to the day when, not only the BOJ, but the civil service in general, can get an emolument improvement; and that is going to, of course, await general economic improvement of the country – our debt-to-GDP ratios, and so forth,” said the central bank governor, in response to Financial Gleaner queries at the briefing.

Finance Minister Clarke is of the view that, on the matter of staff improvements and new duties, the price tag of independence for the central bank will be relatively small. In an interview with the Financial Gleaner, Clarke pointed to the creation of committees comprising bank executives and experts from the wider public, with responsible for monetary policy and financial or bank supervision policy, as newly devolved bodies to carry out some duties formerly reposed in the governor.

“The financial implications are marginal. There will be a few more committees. Making those committees operational will cost. Those costs are marginal within the overall budget of the central bank and with the duties that they will discharge, and the benefits of discharging those duties,” Clarke said of the cost implications of what he termed the modernisation of the central bank.

Both JDIC and BOJ are engaged in heightened macroprudential monitoring of the health of the banking system. New microprudential reporting requirements have been proposed for deposit-taking institutions at the firm level and are being discussed with the sector.

Byles, in last week’s press conference, signalled the central bank’s concerns about a sizeable chunk of the loan books of some banks on which the institutions had given clients temporary repayment reprieve due to the financial pressures caused by the pandemic.

For the past year, the central bank has been keeping a particularly keen watch on the mitigation of credit and other risks to ward off any possible upheaval in the local financial system. Such hiccups are possible, it has warned, if Jamaica’s increasingly interconnected big banks and insurance companies are exposed to asset impairment or other risks in foreign jurisdictions where they or their subsidiaries and associated companies also operate.

The BOJ is in the process of requiring financial holding companies, for example, to file consolidated financial reports taking into account the financial health, and especially the risk profile, of all its subsidiaries and associated companies in all jurisdictions. Standalone companies, too, are being required to provide more granular information on loans and borrowers’ capacity to repay.

At the same time, the central bank is about to take on new supervisory and responsibilities for more than 200 microcredit financial institutions that will now come under the regulatory ambit of the Microcredit Act 2021 passed in January, while credit unions, which are often referred to as community banks, are also being prepped for BOJ oversight.

In the face of all this, the central bank will become fully independent with the enactment of the recently passed BOJ Amendment Act 2020, but says it is ready and prepared for its new tasks.

“In a way, we are prepared internally to flip the switch and go to independent central banking,” Byles said.