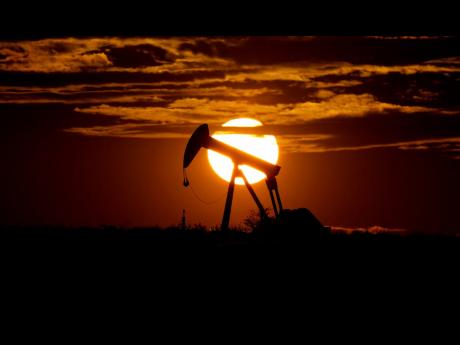 AP
In this April 8, 2020 photo, the sun sets behind an idle pump jack near Karnes City, United Sates.

Prices have been recovering in the past few months after plunging last year with the onset of the pandemic.

The devastating winter freeze that hit Texas and other parts of the southern United States last month knocked out production of roughly four million barrels per day of US oil, pushing prices above US$60 a barrel.

Last week, with oil prices rising, some observers were expecting the OPEC cartel and its allies to lift more restrictions and let the oil flow more freely. But OPEC agreed to leave most restrictions in place, despite growing demand.

The official Saudi Press Agency quoted an anonymous official in the Ministry of Energy as saying that a drone flew in from the sea and struck an oil storage site in Ras Tunura, the port run by Saudi Arabia’s state oil company, Aramco.

It claimed the strike did not cause any damage. Saudi Aramco, the kingdom’s oil giant that now has a sliver of its worth traded publicly on the stock market, did not immediately respond to a request for comment.

The Ministry of Energy denounced the strike as “an act of sabotage” targeting not only Saudi Arabia, “but also the security and stability of energy supplies to the world”.

When key oil facilities in Saudi Arabia were attacked in 2019, global energy prices soared 14 per cent the next day. But that prior attack disrupted more than half of its daily exports, halting five per cent of world crude oil output.

Rising prices are a boon for the oil industry, which has lost billions of dollars during the pandemic.

Oil prices crashed as millions of people stayed home and avoided travelling, hoping to avoid infection. Oil futures briefly traded below US$0 a barrel last spring before settling around US$40 a barrel for months, well below what most producers needed to survive. Many US producers cut production dramatically. Others filed for bankruptcy protection. Workers lost jobs by the thousands.

Eventually, prices began to recover as demand trickled back. In January, after Saudi Arabia announced that it would cut production by one million barrels per day on top of cuts the kingdom already made through its agreement with the OPEC cartel, prices for US benchmark crude pushed above US$50 a barrel. The upswing continued through February, when Saudi Arabia’s cuts went into effect.

Natural resources consultancy Wood Mackenzie is forecasting that oil prices will trade in the US$70-US$75 range in April and that global demand will increase in 2021 by 6.3 million barrels a day from a year earlier.