Playing with our health 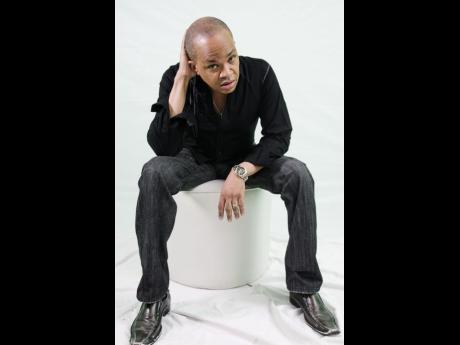 When I studied at the Faculty of Medicine at the University of the West Indies (UWI) in the 1980s, the medical school was one of the best. My class had a little over 100 students from Jamaica and other territories in the West Indies, and tuition was free.

Nowadays, there is a tuition fee for medical school at the UWI, and in an effort to further fatten the coffers of the university the classes are larger, with about 300 students being admitted per year, resulting in lower patient to student ratios. These lower ratios mean less hands-on experience for the students than when I was a medical student. This experience however, is essential, as it affords students the opportunity to sharpen their history taking and examination skills.

So what is happening now is that some graduates are leaving the institution with less clinical experience than those in the past, a situation that is cause for concern. And to make matters worse, following postgraduate training, the institution does not always choose the most qualified to fill their senior positions. Persons who have completed sub-specialization in well recognized centres in first world countries have at times been ignored, while fresh graduates with minimal post-graduate experience, but with friends and relatives in high places, are ushered into consultant posts.

As if this was not enough, our public health sector is cash strapped, mired in bureaucratic red tape and is poorly managed. No one should be denied health care because of an inability to pay, but it is unrealistic to expect the free health care system, as it is, to be efficient and to be sustained. Many who are able to pay, and may even have health insurance, present themselves for care in the public system, taking up space and using resources that the impoverished should benefit from.

Essential supplies such as syringes, as well as basic drugs such as local anaesthetics and painkillers are sometimes in short supply at hospitals, and health centres recently ran out of oral contraceptives. It is not uncommon for laboratories and radiology departments to have malfunctioning or broken down equipment and for patients to be asked to have investigations performed privately.

Ill patients are often placed on long waiting lists for surgery, in some cases up to a year, with some turning up for admission only to be informed of operating theatre equipment issues, before being sent home and asked to return at a later date. After observing the plights experienced in some of our health facilities, persons and organizations have donated equipment and supplies, only to have them held up on the wharves, or in store rooms, while administrators demonstrate little interest in expediting their delivery to the relevant institutions or departments.

Which brings us to our pathetic excuse for a Ministry of Health. Our health minister and his team are clearly out of their depth. They are insufficiently proactive and barely reactive. Despite a meeting being held in Jamaica two years before the chikungunya outbreak last year, the ministry failed to communicate the seriousness of the disease to the populace, with the Minister of Health, Dr Fenton Ferguson, appearing to be more concerned about the tourism sector being affected by news of the issue, than the lives of his fellow Jamaicans.

Meanwhile, while people died and became incapacitated by the mosquito-borne disease, the prime minister lauded him for doing good work because he would ”turn up for clean-ups.” The response to the conflagration at the Riverton City dump earlier this year was delayed, with Chief Medical Officer (CMO) Dr Marion Bullock Ducasse stating that there would be no long term effects from the fire, this before an air quality report was released. More than six months have elapsed since the blaze, which sent over 800 people to hospitals and health centres, and some are still suffering from the effects of the toxic smoke.

Now, the Ministry of Health is again under the microscope following the revelation of outbreaks of pathogenic bacteria at Cornwall Regional Hospital and the University Hospital of the West Indies, which have been implicated in the deaths of 18 mainly premature newborns this year. The medical staff at the institutions have reported that they did the best that they could to try to control the tragic situations, but it took two weeks for the CMO to respond to a report on the situation. These types of outbreaks are known to occur, even in the best of centres, but the response by the ministry was dismissive, insensitive and devoid of empathy. Meanwhile, the Minister of Health claimed to be aware of the situation only after the story was reported in the media.

It is clear that too often in Jamaica, those in positions of authority charged with managing health care lack the attitude or aptitude for their jobs. Appointments are often based on cronyism and nepotism, and decisions made for political gain, instead of for what is in the best interest of the citizenry, with no accountability being demonstrated when incompetence rears its ugly head. The Ministry of Health has lost the confidence and respect of the people of this country, while the training of our doctors is suboptimal. It is time for the powers that be to stop playing with our health.