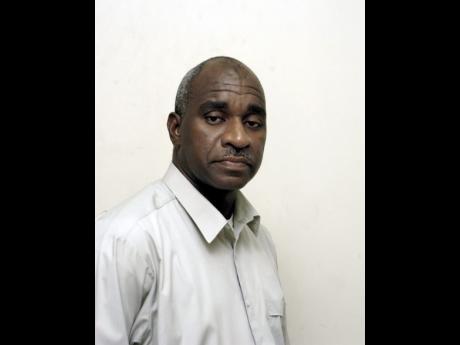 Prime Minister Portia Simpson Miller's reluctant transfer of Dr Fenton Ferguson from the Ministry of Health to the Ministry of Labour last Friday was akin to a distraught mother taking a scared child to the dentist to have a cavity removed. Except that in this conundrum, the dentist was the cavity.

The focus on the health-sector crisis in recent months has more fully exposed the serious underlying challenges of managing physical and human resources in the public sector, as well as the problems with internal communications within and among institutions and externally with the general public.

From the get-go, the Government's response to the concerns placed in the public domain in May by the Jamaica Medical Doctors' Association about the state of the island's public hospitals was marred by overarching concerns of political fallout rather than directly addressing serious issues raised. Yes, the minister commissioned an audit, as suggested by the doctors, but then curiously decided to hug up the major findings.

At his September 2 press conference, the summary shared with the media that there were, among other things:

1. Inadequate systems and infrastructure for infection prevention and control, in particular, for the maternity, operating theatre, neonatal units, intensive care, and accident and emergency sections.

3. Inadequate and inconsistent supplies of pharmaceuticals and sundries.

8. Inadequate supplies of equipment, such as plastic aprons used to prevent contact with waste or body fluids.

The minister, it seemed, was caught off-guard by the extent of the inadequacies. Maybe he had expectations of a much better picture and was surprised at how bad things were. Perhaps.

One must question, however, why he was so reluctant to share the full report given that what it really did was provide amplification on the problems listed above. There is also the question of what the prime minister knew, and when she knew.

For it is inconceivable that she could have been entirely in the dark between September this year when Dr Ferguson received the audit findings and her directing him last Thursday to publish the results immediately. Was the prime minister aware that an audit had been commissioned? Was there general Cabinet agreement that it was not in the public interest for Dr Ferguson to release the full report? If so, what was the rationale? Why did it have to take a meeting with private-sector and other representatives for the prime minister to find her voice?

For weeks, Nationwide News, RJR and The Gleaner had been reporting on their requests to get the full audit released under the terms of the Access to Information (ATI) Act. Up to the middle of last week, none of them had received an affirmative response to their request. The ATI Unit was reportedly awaiting the considered opinion of the Attorney General's Department. Yet not until some "very important' people intervened last week demanding full disclosure in the wake of an apparent spike in the deaths of premature babies at the Cornwall Regional and University hospitals and the general clamour for more information about the state of the hospitals, was the directive to release the audit issued.

Even if we accept that there was a time lag between when the increase in deaths was 'noticed' and Dr Ferguson informed of the extent of the outbreak of the disease that apparently contributed to the deaths of the babies, why could not the minister have given a fuller report to Parliament sooner and at the same time outlined the Government's response?

While I accept that sometimes 'not everything good fi eat, good fi talk', this crisis of communication is entirely self-created. It is a fact that the Ministry of Health has one of the largest portfolio responsibilities in terms of institutions and personnel. This makes it especially important that communication on public-health matters is approached with a commitment to partnering with the general public rather than one anchored in 'managing' the image of the minister and ministry.

While this is not a peculiarly Ferguson problem, it was this looking-over-the-shoulder approach that gave rise to the malady that afflicted Dr Ferguson when chikungunya first surfaced in Jamaica last year. Even amid reports of a significant increase in people coming down with high fever and rashes, etc., the authorities downplayed the extent of the problems.

Failure to communicate with the wider public with clarity and openness, within reasonable parameters, will inevitably lead to more problems than the ones bureaucrats try to avoid.

At the same time, line managers and administrators in the various institutions are not blameless in this crisis. Surely, they must have been aware of the dirty, mouldy windows and roofs, broken doors, and recycling of inadequately cleaned equipment. What is their commitment to the country's public-health standards that would allow this to continue for weeks and months? If they were not aware, what exactly are they managing?

There is enough material in the report to suggest that the minister could have, and should have, held regional and institutional managers directly responsible for the breakdown in supervision. In later statements after his September press conference, the minister indicated that protocols were being revisited and that hospital managers had already started to take action to fix some of the problems.

The problems highlighted by the regional health authority audits require an across-the-board government response. Dallying between Horace and Fenton, or someone else, may defuse some of the public annoyance. But how is the country going to manage its public-health system when we have to stay the course within International Monetary Fund strictures?

- Colin Steer is a communications specialist. Feedback may be sent to columns@gleanerjm.com and steercomm@gmail.com.