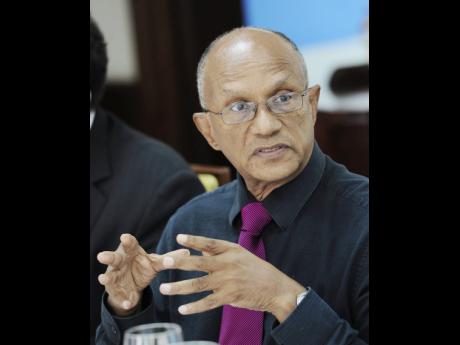 The Jamaican people received two items of good news last week: the appointment of Donna Parchment-Brown as political ombudsman, and the adjustment of the primary surplus, which, for this fiscal year, will release an additional J$4 billion to the Jamaican Government, "an opportunity to increase public spending on capital outlays that boost growth and job creation". (Press release, IMF, November 13, 2015). For each of these to have a positive impact and not to become wasted opportunities, the fullest engagement of citizens and the greatest vigilance of public officials of integrity shall be required.

The political ombudsman's job is, among other things, to investigate "any action taken by a political party, its members or supporters ... likely to constitute a breach" of Jamaica's Code of Political Conduct agreed on between Jamaica's political parties. This code states: "Candidates or others acting on behalf of candidates (i) must not use funds derived from any source, public or private, to improperly influence electoral choices; and (ii) shall exercise all reasonable care in ensuring that all financial donations are derived from legitimate sources" (1f).

This code underlines the illegality of vote buying. In the spirit of the campaign-finance bill, already agreed but not yet law, "legitimate sources" should exclude money from criminal activity (e.g., the lotto scam), from illegal organisations (Ponzi schemes) or from foreign governments.

Clearly, for the political ombudsman and her staff to be effective, they shall require volunteers of integrity from the JCF, at least 1,500 election observers, recruited by CAFFE, NIA and others, as well as the alert 'man in the street' using his smartphone.

Equally, the keenest eyes of integrity need to keep watch over the spending of the $4 billion - eyes of integrity within the Government, within the Opposition, among parish councillors, and the National Contracts Commission to expose corrupt self-seekers. Most of all, the decent citizen shall have to be vigilant over contract awards and decent job creation.

The award of contracts to improve infrastructure cannot be allowed to be, as in the case of the St Thomas Parish Council, to a garbage-collection and disposal company to build a gully footbridge, retaining wall, and drainage system for which the company was entirely unqualified. In this way, $10.2 million of taxpayers' money "went down the drain" in Trinityville, St Thomas, between November 2008 and May 2009 (See Special Investigation Report, OCG, March 2015).

For this $4 billion to enhance physical infrastructure and not 'party infrastructure', all of us need to ensure that we break with political corruption, as explained in Jamaica's National Security Policy laid in 2014 in Parliament by the prime minister. Namely, "the direction of public-works contracts into the hands of political affiliates ... has often resulted in unnecessarily expensive or poor-quality infrastructure ... a contract to build a road might provide an opportunity to reward political affiliates, and shoddy construction would ensure that the road surface would crumble, which would then allow the issuing of another contract to resurface the road".

Citizens themselves observe this, like the lady who pointed this out in question time after my recent Aubrey Phillips Lecture in Moneague College in St Ann. As a consequence, many feel great anger at this obvious waste of money.

A coalition of integrity needs to ensure that none of the J$4 billion goes down the drain that has wasted so many billions before now and contributed to Jamaica's current economic crisis.