No child kept out of school for fees 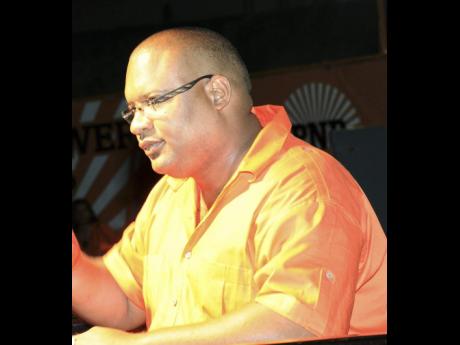 In his article published recently in the daily newspapers, Ruel Reid, principal of Jamaica College, came out against free education at the secondary-school level and supports the retention of the auxiliary fee, albeit at a reduced rate.

Mr Reid has arrived at this position in a rather roundabout way. He favours the proposal by the Opposition to increase subventions to school to $19,000 per pupil annually and suggests the concomitant reduction of auxiliary fees by $7,500. It is no surprise that Mr Reid has reluctantly arrived at this position, as he is acutely aware of the need for cash flow and resources to operate his school.

Even with that level of proposed increase in subventions, schools would still not meet all their financial needs, because the estimated operating cost per pupil is $160,000, of which Government provides $129,300 and parents contribute an average auxiliary fee of $7,370. This leaves an average shortfall of $ 23,319 per student, which schools make up through their own fund-raising activities. Hence, Mr Reid's argument exposes the Opposition's call for "free education" to be a partisan political smokescreen and not a measure to provide quality education.

I would ask Mr Reid, a former adviser to then Education Minister Andrew Holness, if he has had any evidence, particularly at his school, of any child's absence from school because of the non-payment of auxiliary fees. The policy of the Ministry of Education has been consistently communicated to school administrators and enforced that no child is to be denied education because of non-payment of auxiliary fees.

The ministry has asked parents, where they can, to accept the obligation to contribute towards the cost of their child's education by paying the auxiliary fee. School administrators facilitate this payment through various means, but no child is kept out of school because of non-payment of fees. In rare cases where it has been found that administrators breach this policy, the ministry has intervened in the interest of the child. Mr Reid would know, and should commend his colleagues at many schools who have programmes amounting to millions of dollars to support students in need.

An additional $3,000 per year to high-school students on PATH.

A five-day lunch programme for all PATH students.

Provision of bus fares to thousands of PATH students.

Payment of examination fees to needy and worthy students totalling more than $400 million for the current academic year.

Provision of $800 million to relieve the burden on parents for textbooks in this financial year.

Mr Reid should know that every dollar of the education tax is allocated and used for education. The amount collected represents approximately 25 per cent of the total education budget of $80 billion per annum.

It should be noted that the allocation to education is the largest paid to any ministry, except the Ministry of Finance, which has to pay the country's debts.

Reid has made a good suggestion to reduce energy cost to schools by solarisation. So he would be pleased to know that the Government has already embarked on pilot projects in this regard and sought grant funding from the British Government to expand solarisation in schools. Fifteen schools already have received solar energy systems, with 15 more to receive theirs soon from the Petroleum Corporation of Jamaica. Have a look at Holy Trinity High, once branded as a failing school by the Opposition party. It's now a shining example of improved education and effective energy economy.

Notwithstanding the financial challenges that Reid points to, I believe that parents and Government should continue to share the responsibility of the cost of educating the nation's children.

* Wensworth Skeffrey is a government senator and STEM technical officer in the Ministry of Education. Email feedback to columns@gleanerjm.com.