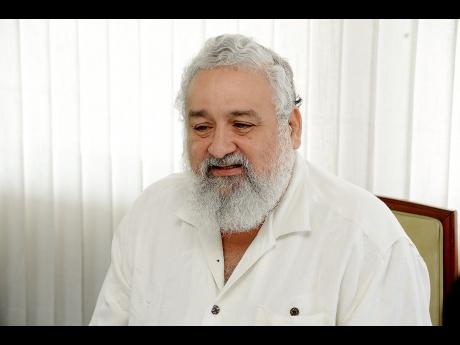 This week, I have been at-tending a conference in Niamey, the capital of Niger, the largest country in West Africa. At independence in 1960, it had a population of 1.7 million; by 2016, the population had grown to 20.6 million, one of the highest annual population growth rates in the world (3.3 per cent).

Being a former colony of France, French is the official language, but the country has 10 national languages, the two main ones being Hausa and Zarma. The majority of the population is rural, with a literacy rate of 34.4 per cent, one of the lowest in the world. Education - especially of girls - is increasing, and the government has established eight universities.

Although 90 per cent of Nigeriens are Muslim, Niger is a non-confessional state, with significant minorities of Roman Catholics and animists. Last Sunday, I went to Mass in Niamey's Cathedral of Our Lady of Perpetual Help and enjoyed the beautiful harmony and rhythm of the worship in local languages.

Abdou Moumouni University is hosting a conference to look at the naming of places (toponomy) in contemporary Africa. Few of the streets have names - only numbers - and the homes have numbers, but not what you might think: 110 65th Street is 110 metres from the entrance of the street, and the next house might be number 151. Few of the newer schools have names other than 'Primary School 1', 'Middle School 2', etc. Let a couple of Jamaican politicians into Niger, and all the streets and schools will have their names!

There is great resistance to naming public places in honour of people; it was an exercise of huge proportions to rename the University of Niamey after its greatest scientist - Abdou Moumouni - an expert and pioneer in solar technology. Politicians here don't attempt to name places after themselves, but if they announce new place names, the populace mostly ignore them.

A few decades ago, they named a town square 'Place Nelson Mandela', but I am told that if you ask a taxi driver to take you there, he won't know where it is!

Multiple names are given to formal and informal public spaces by the people - in different languages with different meanings - but they are still liable to be disputed. Names may change when migrants move in or when new local chiefs assume power, and the language used may be a source of contention.

Delegates from more than a dozen countries have gathered here in Niamey to understand the social and political circumstances of place-naming in Africa and to move towards the establishment of a mechanism (an 'observatory') of urban, geopolitical and digital toponomies.

A Jamaican professor at the university (an old Alpha girl) advised the conference organisers of a book I have in preparation (An Encyclopaedia of Jamaican Place-Names), and I have been invited to present a paper on 'Place-names in Jamaica of African Origin'. I have positively identified 197 such places in Jamaica, and tomorrow, I will deliver the results of my research.

Niger has some of the world's largest uranium deposits, and a large proportion of the fuel that powers France's 58 electricity-generating nuclear reactors is mined here. Niger is oil-rich, and its crude is extracted and refined by a Chinese company. Yet, this landlocked country consistently ranks near the bottom in the UN Human Development Index; in 2015 it was ranked 187th of 188 countries.

More than 80 per cent of Niger's land area lies in the Sahara Desert, not leaving much arable land for food production. Much of the non-desert portions of the country are threatened by periodic drought and desertification.

Since independence, Nigeriens have lived under five constitutions and three periods of military rule. After the military coup in 2010, Niger became a stable democratic, multi-party state and is slowly growing.

This, my first visit to Africa, is a stimulating experience. More next week.

- Peter Espeut is a sociologist and vice-president of the Jamaican Historical Society. Email feedback to columns@gleanerjm.com.