Ken Allen – An epitome of honesty, kindness and love 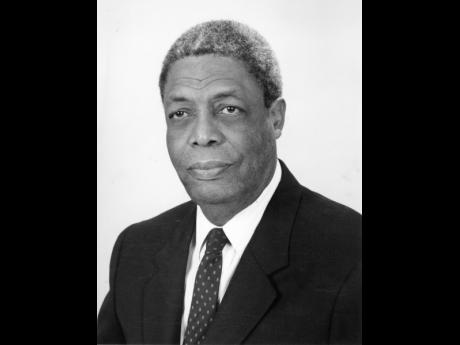 Kenneth Leopold Allen has been characterised as an icon of journalism, but to those of us who knew him personally, he was that and much more.

However, if his parents had had their way, a career in journalism might not have happened. Ken liked to tell the story that when he applied for the job at The Gleaner Company, his parents were not fully supportive of his application. He overheard them discussing the pros and cons of this application, and his father said to his mother: “But he could become the editor of The Gleaner one day.”

His father’s words turned out to be prophetic as Ken did, indeed, accomplish that feat. Ken was very proud of his parents. His father, Edward Onias Allen, was a bespoke tailor, and his mother, Ruth Beatrice Allen (nee Jones), ‘Miss Ruth’, was a civil servant whom Ken fondly called a strong woman of St Elizabeth stock.

Ken often reminisced on his boyhood in his father’s well-known tailor shop on Barnett Street in Montego Bay, sewing suits for the likes of Lord Beaverbrook, a British peer. Ken was proud of the fact that he used to keep the journal of measurements of his father’s clients. Ken recounted often that he very much wanted a bicycle and his father promised him one if he passed the Common Entrance Exam. Ken, of course, passed the exam and got his bicycle, which he would ride to Cornwall College. Although the bicycle represented an upgrade in transportation, Ken nonetheless maintained fond memories and would often tell stories of riding his father’s beloved donkey, Sheekel. Many adventures with Sheekel were had on the Tucker to Montego Bay road.

When Ken went to Columbia University in New York to study journalism, he was very touched that his mother, Miss Ruth, would send him funds to help him stay afloat financially.

Ken’s favourite hobbies were amateur photography and travelling around Jamaica, with family friends in tow, to every nook and cranny. He loved interacting with people and developed, for example, a special bond with Miss Elvira, the gentle peppered shrimp seller from Black River. He liked photographing nature and beautiful women, and there are many excellent photographs, which he had framed exquisitely, that are a testament to his photography skills.

He was a good friend to all, a loving family friend, and a very caring human being to the little ones. He loved children, though he had none of his own. One of his favourite things to do was to play with them and make ‘monkey face’, despite being told not to do so and to ‘leave people pickney alone’. It was quite touching to see a child who did not know him, run to him and hold his hand. He had the uncanny gift of engaging even the youngest child in rapt conversation as he sought to find out what they were doing in school, their hobbies or ambitions.

WIT AND LOVE OF CHILDREN

Although he was confined to a wheelchair, Ken never lost his sense of wit and love of children. During this period, Ken developed a special relationship with little Aiden Mitchell, who became an important part of Ken’s caregiving team. Ken allowed him to push him about in the wheelchair and participate in watching sports on TV, and films which Aiden would play on his tablet and provide popcorn snacks.

His musical taste was not unlike fine wine, and we imagine Dave Brubeck might be welcoming him to Take Five. In his own words, “I am no dancer, but I will imitate the singer.” There is more than circumstantial evidence that proves he downplayed his dancing ability. We are also sure that Sara (Sassy) Vaughn, Frank Sinatra, and Billy Eckstine would have heard him in the distance.

He will most be remembered by family and friends as a good listener, one who loved a good party with plenty of good food and drinks, and his booming laughter and melodious voice. He will also be remembered for his caring and supportive love, especially with friends with whom he formed strong bonds over a lifetime. He was always there for them. Indeed, he was the consummate example of a fiercely loyal friend. It was this special characteristic that Ken lived by and demonstrated, and which will live on in our memories of him as we carry on and try to emulate what he stood for – honesty, kindness, and love.

Walk good, Kenneth Leopold Allen, you will live on in that special place in our hearts.