Tony Deyal | Tony the man with the plan 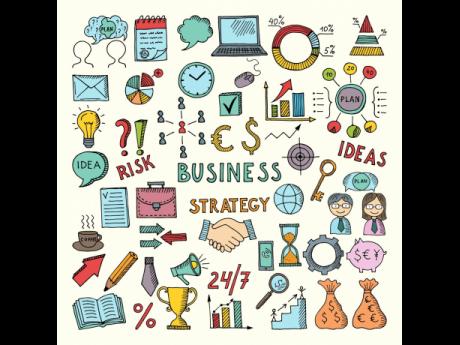 Robert Burns, considered the National Bard of Scotland, in his poem ‘To A Mouse’ made the point, “The best laid schemes o’ Mice an’ Men,/ Gang aft agley,/ An’ lea’e us nought but grief an’ pain,/ For promis’d joy!” In other words, no matter how carefully a project is planned, something may still go wrong with it or, as I learnt from my own experiences, if you want to hear God laugh, tell Him your plans.

For example, if you believe things were bad enough in 2020, I just heard that all the dentists in the Caribbean are planning to raise their prices in 2021. My advice is, brace yourselves. While this joke was like pulling out teeth, I decided to get a grip on my plans and told my several suitcases that I had to cancel any travel arrangements I had made for 2021. Since then, I’ve had to deal with a lot of emotional baggage. Worse, instead of going through the hassle of applying to the Government for permission to leave the country and eventually being refused, I planned to go and camp on the beach for a few days. I was told that I had to take out insurance for that, so I tried.

The one thing that all the plans and policies I checked out made clear is that, if someone steals my tent in the night, I’ll no longer be covered. When my son asked me what I planned to do instead, I told him that I had to go to the optician to be tested for new glasses and then I would see. The whole episode gave me such a headache that I came up with an idea for a new painkiller that would immediately get rid of the problem. ‘Planadol’.

I got into this kind of reflective mood because, when you’ve been around the Caribbean for as long as I have been, you realise that the one thing we have in common is plans. Every Government is a plan-tocracy that bothers, smothers and stifles you with plans before every election. They not only have plasters for every sore-point that we have but for those that they plan to inflict on us in the next five years. However, as the Caribbean Development Bank makes clear, “Delivering more effective development outcomes for citizens is one of the bigger challenges facing policymakers and practitioners in the Caribbean. This is due to an implementation deficit which constrains many countries’ ability to maximise benefits from approved development policies, projects and programmes. Urgent reform is needed … .” Not to be outdone, CARICOM came up with a plan to plan how to deliver on plans and the Trinidad Government moved one step further ahead of everybody else with its Vision 2030.

A preface which aptly featured a smiling facial view of Prime Minister Rowley included, “The Government of Trinidad and Tobago is clear about what needs to be done. A detailed, comprehensive, wide-ranging and broad-based suite of detailed policy initiatives, projects, programmes and measures have been developed to place the country on the road to recovery and stability.” To my mind, the grammatical error in the second sentence is not the only mistake in the document or the reasoning that went into it. No government in Trinidad and Tobago, or in the Caribbean (as far as I know), has ever delivered on all or even 50 per cent of its Manifesto promises. Trinidad and Tobago in 2021, having not succeeded in a 2020 Vision, now has a 2030 Vision. The taps are still dry even though during my 75 years I’ve heard the election slogan ‘Water For All’ by every government in power. Throughout the country, people are still (to use a Trinidad word meaning “catching hell”) “scrunting” for water. Some have to be content with water once a week (at best) and others pay backhanders to the staff of the Water and Sewerage Authority (WASA or “wusser” as the people pronounce the acronym) for truck-borne water, even though that should be free. In fact, I can say with authority, the term “failed promises” is an oxymoron that is second only to “Water and Sewerage”.

A 2019 report by the British Institute for Government pointed out that “a large number of promises from recent manifestos have not been delivered. Of 39 key commitments from the Conservatives 2017 manifesto, we found only a third had been implemented or were on track to be implemented.” My count in the Caribbean makes it even lower than the UK. One thing that all governments here accomplish and replace other promises with is “Construction”. The reason, contained in a World Bank report, is that everywhere in the world, in developing countries especially, the industry is consistently ranked as one of the most corrupt. Large payments to gain or alter contracts and circumvent regulations are common. The report stresses, “The impact of corruption goes beyond bribe payments to poor quality, construction of infrastructure with low economic returns alongside low funding for maintenance – and this is where the major impact of corruption is felt.” There is no Caribbean country where this is not happening. As one former government minister told me, “Money is the mother’s milk of politics and the big spending to win elections has to be paid back. And if a man gives up a big job to work almost free for five years, there must be something in it for him as well.” Ironically, one bit of advice that I got about planning better is, “If you don’t know where your next dollar is coming from, you definitely don’t know where your last dollar went.”

In the entire Caribbean ‘planorama’, with its ‘planacea’ of promises, ‘plandits’, bandits and plaudits, ongoing ‘plantomime’ and a ‘plandemic’ that keeps us all in thrall and should put many politicians in lockup instead of lockdown, it is only in Trinidad that there is a plan that is different. It is a ‘planass’ or ‘planasse’ which Lise Winer in her Dictionary of the English/Creole of Trinidad and Tobago describes as “A blow with the flat side of a CUTLASS blade, often on the buttocks.” It comes from the Spanish word ‘Planazo’ which combines ‘plana’ meaning ‘flat’ and ‘azo’ or ‘hit’. An example of the usage of the word comes from the Bomb Newspaper of May 8, 1987 describing a normal Trinidad event of the time which has worsened since, “There were no fewer than fifty fist fights and apart from cuffs and kicks, a few cane-cutlasses showed up and a few chaps got some good planasse for their dotish behaviour.”

I learnt from early in my life to hope for the best but plan for the worst. What I advise all of you in the region who are dying of thirst because your government failed to deliver the well it promised in its Manifesto, resort, if only in your dreams or imagination, to the only plan that really works all the time. It has two parts. Plan ‘A’ which is having the Appropriate instrument Available, and Plan ‘B’ which is knowing the part of the Body to which it should be Applied. In other words, a good ‘planass’ for them.

Tony Deyal was last seen saying that, while he has read about women marrying snakes, dolphins and even the Eiffel Tower, there was one who planned to marry a tree. Her father was so upset he exclaimed, “That’s so crazy! What if he leaves you?” Send feedback to columns@gleanerjm.com