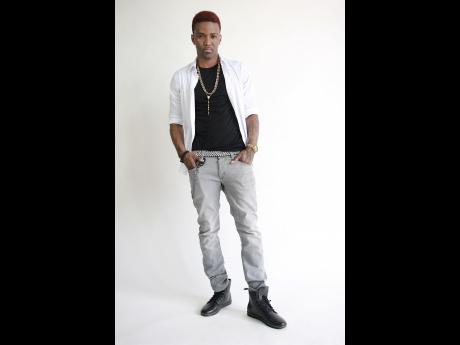 United States-based reggae producer Ricky Blaze is looking to duplicate the success of his highest-selling record to date, Hold Yuh, performed by recording artiste Gyptian. The producer, who has not tasted Billboard glory since 2005 when Hold You spent 29 weeks on the Billboard R&B/Hip-Hop Chart and 15 weeks on the Billboard Hot 100, recently teamed up with popular US producer-DJ Norie to produce a new track, which he hopes will live up to its early hype.

The track features veteran reggae-dancehall artiste Wayne Wonder, who himself has not had a Billboard hit record since 2003 when he peaked at No. 11 on the Billboard Hot 100 with No Letting Go. However, for this effort, Wayne Wonder pairs with recording artiste Konshens for vocals.

proud to work with Jamaican icons

The collaborative single is called Girl Like You and will be distributed by an international record label. However, Ricky Blaze appeared more proud about the ability to work with icons of Jamaican music, claiming that he respects the legacy of the forefathers of Jamaican music.

"I'm excited and honoured to be working with dancehall music icons who inspired me when I was growing up. I am giving them productions that reflect their teachings and show that we fully understand and respect their era of dancehall and reggae. DJ Norie came up with the idea of giving the track to Wayne Wonder after he heard Mr Easy's Bashment Gal, and now with Konshens on the single, this is going to be huge," Blaze said.

Wayne Wonder is looking to release a new EP next year, while popular online streaming site Large Up recently premiered the single Girl Like You to its thousands of listeners.

DJ Norie is using his influence in the tri state area to push the track in New York and tells The Gleaner that the collaboration is historic.

"Wayne Wonder and Konshens never worked together before and I wanted to bring something different to our culture. Ricky Blaze was the right producer to make me make this history," he said.

DJ Norie was a Global Spin Award winner in 2014.