‘War Room’ a message in gospel 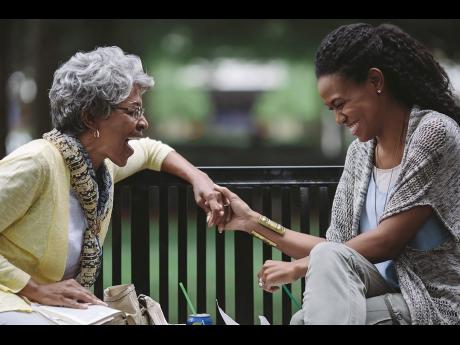 War Room is more than an entertainment showpiece; it is a testimony of the power of prayer and faith.

Written by brothers Alex and Stephen Kendrick, the story shines the spotlight on a series of domestic issues that affected the relationship of Tony (TC Stallings) and wife Elizabeth (Priscilla Shirer) Jordan, and by extension their daughter Danielle (Alena Pitts). But all that changed when Elizabeth, a lukewarm Christian, meets a firebrand Christian, Miss Clara (Karen Abercrombie) and the power of prayer is demonstrated.

The movie has a simply structured plot with a few twists and turns along the way. The events are nicely paced and moved from one setting to another while building on its strong religious themes of faith and honesty. The need for strong faith is reinforced by the writer's decision to have both parents as sales professionals (Elizabeth is in real estate and Tony in pharmaceuticals), thus creating the perfect recipe for financial success and domestic disharmony.

Interestingly, as the plot unravels, there is also an unusual feeling of viewing a stage production instead of a film. This is presented in two off-stage characters in Elizabeth's off-screen sister and her husband. While never shown, their demand adds to the tension in the home of the Jordans. But the writers may have faltered in creating Elizabeth as a sufferer of athlete's foot. In doing so, they generated much laughter from the audience, but its symbolism (if that was the idea) was lost.

The actors, however, gave a good account of themselves. Stallings seemed to have enjoyed each stage of his character's development, from the swashbuckling salesman Tony to the domesticated father who joins his daughter's jump rope team. As the daughter, young Pitts played Danielle well. Her main challenge was to show a young girl who mastered the art of masking her emotions while her parents rage war around her. In her prayer request notes, her sport and best friend, she finds peace. This was quite clear and executed accordingly by the young actress.

Shirer and Abercrombie were just as good. But Abercrombie was definitely the standout actress of all. Playing the aged Miss Clara, she was a delight to see and hear as she delivered each punchline with the appropriate tone and emotion. Shirer was also relatively good in her role. She did a good job at showing Elizabeth struggling with her conviction, and the establishment of her own war room, subsequently surrendering to her faith.

And it was no surprise that when the curtain came down on Sunday afternoon at Carib 5 in Cross Roads, the audience was moved. War Room is definitely a movie worth seeing.