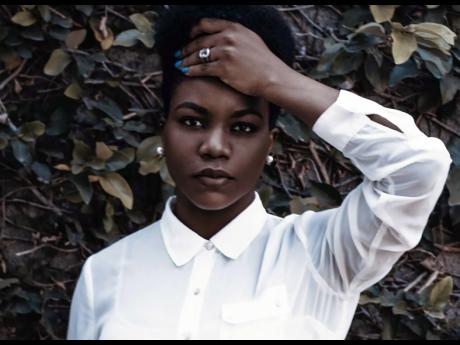 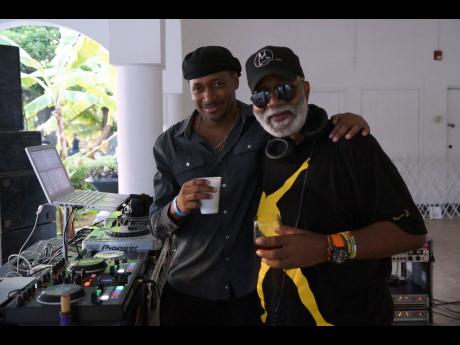 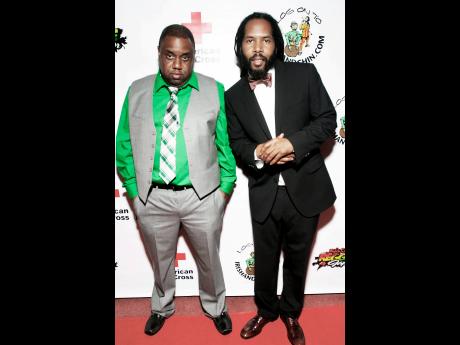 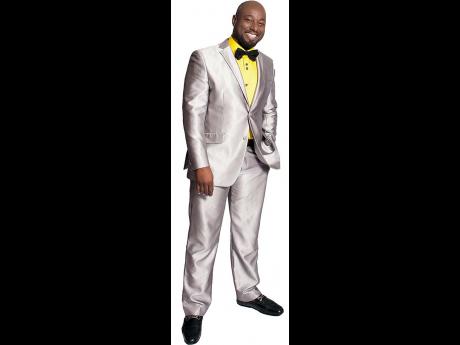 The National Gallery of Jamaica's Last Sundays programme for November 29 will feature an exhibition of recent acquisitions and a special musical performance by GiRL.

The selections reflect the National Gallery's recent efforts to address gaps in its permanent collection, particularly with regard to textile and fibre art, contemporary photography, and art by young artists and women.

GiRL, whose birth name is Shanique Brown, is a singer and actress who praises the entertainment industry in her home country Jamaica for her experience. After being trained at the Ardenne High School in both acting and singing, she was then ushered into both industries by her mentors, Ian Hird, Suzanne Beadle, and Dwayne Morris, and has been growing ever since. She has won numerous awards at all levels of the Jamaica Cultural Development Commission's competitions in both areas, and was recently awarded by the University of Technology, Jamaica for her accomplishments thus far in the performing arts.

She is also a writer, composer, and arranger of music for herself and others.

As is now customary for Last Sundays, the doors will be open to the public from 11 a.m. to 4 p.m., and the GiRL performance will start at 1:30 p.m. Admission and guided tours will be free.

More companies in Portland are throwing their weight behind the monthly party being held 'pon di Rio Grande' by The Country Hoppers. The event is held at Rafters' Rest in St Margaret's Bay, bringing outsiders into the parish on a regular basis, as well as providing a relaxing evening of good entertainment. Patrons wend their way from Kingston, Ocho Rios, and Montego Bay to join Portlanders.

Support from businesses in the parish such as Braham's Texaco, Akan Auto Technology, Builder's Depot, and properties like Hotel Tim Bamboo and Rio Vista Villas indicates that the organisers' efforts are being appreciated.

The party, which is also sponsored by local radio station Stylz FM and KoolFM, has caught the attention of RETV, whose team journeys to Portland to cover the event for rebroadcasting on their television station. The organisers also state proudly that they use Pure National Ice - a pun on the name of their ice sponsor.

This Sunday's event will boast the legendary Merritone Music, still celebrating their 65th year in the music. Sunday dinner is not an issue as Zilla's Kitchen caters to that need. Joavan 'Phine Line' Puran will be on location with his art pieces for sale and is even willing to draw someone's portrait on request.

Although still searching for additional sponsors to make the event viable, the organisers are sticking to their mandate of providing a regular entertainment outlet for the mature audience. Presold tickets are $800 and are available at Braham's Texaco in Port Antonio, and Morant Bay, St Thomas. Part proceeds go to The Shelton Project.

Business Access TV's Teen-trepreneur Competition, slated to be launched yesterday, is geared towards giving teens the opportunity to create their TV series, primarily focused on business. The series will comprise 13 episodes, with the participants aiming at educating their age group on a wide range of business topics. These include how to get a job, what is debt, building and growing a business, the art of negotiation, and the importance of financial planning, among others.

Garth Walker, CEO of Business Access TV, explained that the aim of the competition is to inspire, motivate, and educate students about entrepreneurship. "We are targeting high-school students with an interest in business and/or television production. Business Access TV's mantra, 'Serious about Business', speaks to adults and young adults alike. The company's aim is to extend our reach to adolescents/teens, opening their minds to the world of business, careers in business, and entrepreneurship from an early age," he said.

"It is easy to enter. Just provide a detailed outline of your show idea to include the show's title, segment ideas, and format. Illustrate your idea using a PDF or Word file, with video or animation optional," Walker said.

These can be uploaded through an online entry system. Competition entries will open January 15, 2016, and run til February 28. The winner and runners-up will be awarded cash scholarships towards their school tuition, as well as a three-month internship at Business Access TV and gift vouchers from the Adam & Eve Day Spa.

Entries will be judged on content, originality, creativity, and presentation.

In celebration of their third staging in the 'Muminar' series, motherhood movement Young Mummy Diaries will host Moms Night Out, Movie.Mingle.Memories tomorrow at the Devon House East Lawn, beginning at 6 p.m. with cocktails. Admission is $1,500.

"The evening will include some very unique offerings from the sponsors to ensure that the Moms experience a well-deserved night-out - or better yet, night off - from their regular mummy routines," said Tamiann Young, founder of Young Mummy Diaries.

Included are a movie, complimentary mini-massages and facials, and a make-up bar, while a mom will win a complementary makeover. There will be discounts and giveaways from sponsors.

Moms will also be able to participate in an interactive panel discussion with Senator Imani Duncan-Price, Dr Kai Morgan (clinical psychologist), and Young Mummy Diaries founder Tamiann Young as they look at the importance of mothers taking time off for themselves and the benefits to be had from practices geared at rejuvenating and restoring mind, body, and soul.

The third Jamaica Music Conference held recently the University of the West Indies, Mona, consisted of a mix of seminars and networking sessions, complemented by nightly live performances at Nanook on Burlington Avenue, St Andrew.

Irish and Chin Inc's CEO Garfield 'Chin' Bourne was one of the specially invited presenters. He spoke about the contributions of sound-system culture. He called for a renewed valuing of the role of sound systems by music producers, artistes, and their management teams, many of whom now bypass sound systems and take their music directly to the consumers and/or commercial radio.

Chin also rallied for more consideration of the factors that affect event promoters in the diaspora. He spoke specifically of what he termed "pricing versus pulling". The promoter of World Clash, Reeewind, and US Rumble event brands explained that it made no sense for artistes to be demanding a payment package which his or her audience pull could not match.

"If you are a new artiste who has never toured abroad but maybe has one or two tunes 'a bubble' in Jamaica, how can you demand to be paid the same as an artiste who has consistently made the charts and actually has a well-known career?" Chin questioned emphatically. "More than likely, you will not be able to pull the numbers for that promoter to make back his or her money."

The popular promoter suggested that artistes and their management teams should utilise the first set of travel dates to promote themselves properly, solidify their fan base and, more important, develop a proper working relationship with the promoters in the diaspora to secure future bookings.

Overpricing, he warned, has been very damaging to promoters in the diaspora, and he pleaded for all to revisit how they arrived at their booking fees, pointing out that most persons in the business remained because of a genuine passion in support of the culture from the country in which they or their parents were born.

Selector Ricky Trooper shared his experiences as a sound system owner and selector who is also experiencing a decline in his relationship with artistes. He said it was his sound system that had boosted the careers of Luciano, Anthony B, and Sizzla into the music business, adding that he was also responsible for the truce between Mavado and Vybz Kartel during the fiery 'Gully-Gaza' feud of six years ago.

The JMC is spearheaded by Kwasi Bansu, who expressed great pleasure with the growth of the conference since its debut.