Storytelling Day goes beyond the fun and laughter 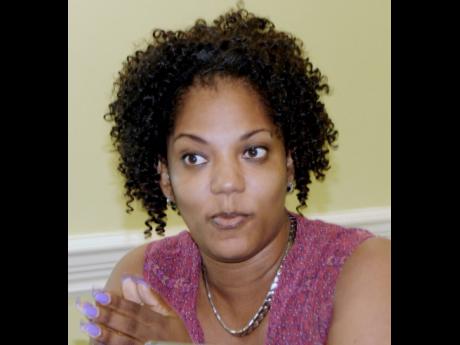 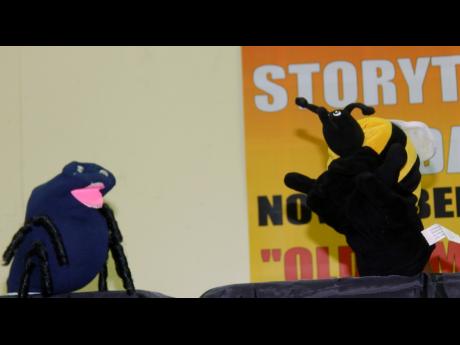 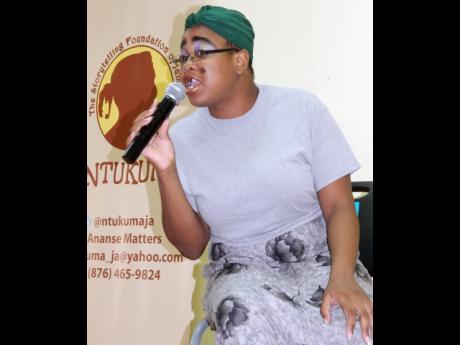 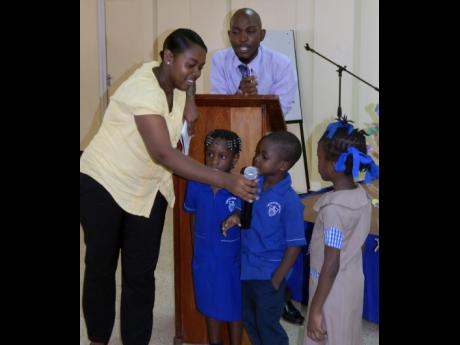 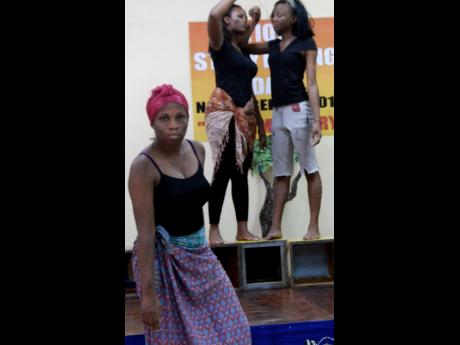 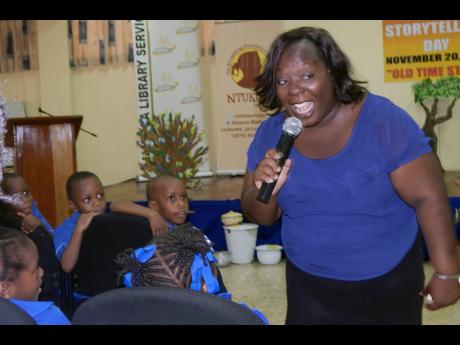 Parish libraries around the island were scheduled to have storytelling sessions last Friday, National Storytelling Day. The one at the Kingston & St Andrew Parish Library on Tom Redcam Drive was enjoyed by students from five Corporate Area schools, early childhood to secondary levels.

About a dozen, or so, adults attended the two-hour event (the theme of which was 'Old Story time: Rediscover, Recall, Renew'), held in the library's Joyce Robinson Hall.

Not only was a good time had by all, but some of the children learnt more than a few additional Jamaican folk tales. They also discovered that they should be kind.

That's what they told

storyteller Nicole Williams when she asked them for feedback to the story about River and the Sisters Nora and Dora.

Among the children answering Williams were some from Care Bear Early Childhood School. One student said she was six years old, a boy beside her said he was seven. It was reminiscent of the power of stories to shape morals and values from a very early age.

Storyteller Amina Blackwood Meeks would have been pleased. Through her organisation Ntukuma: The Storytelling Foundation of Jamaica, Blackwood Meeks was the catalyst for the islandwide sessions on National Storytelling Day. She shared an email sent to Eintou Springer, former national librarian and Poet Laureate of Trinidad and Tobago, a playwright, storyteller and enthusiastic supporter of Ntukuma.

"In an exciting and new twist to the [2015] programme, we have gone deeper into the educational/healing/memory retrieval/sharing with the

elders' aspects of storytelling. Beyond the fun and laughter, we want our children to understand the deeper significance so that their engagement is more spiritual and more enduring," stated the email, in part.

You may know the story Williams told. Nora and Dora have to cross a river daily, carrying ackees. The river always asks for an ackee and Nora, the kind sister, always gives the river one, and is allowed to pass. Dora, the mean sister, refuses to give the river any, despite the increasing annoyance the river displays.

Eventually the river swells with anger and washes Dora away. The end.

It was interesting the children interpreted Nora's actions as kindness, not a simple financial transaction, the payment of a toll for crossing the river.

Four Anancy stories were told Anancy and Sorrel (related by the library's records clerk Seylone Stennett), Anancy and Duppy (told by research assistant Jerry-Neal Richards), Anancy and Turtle (told by public-relations officer Kimberley McLaughlin) and Anancy and Puss and Dawg (told by library assistant Kaydene Leachman). The tales were all were delivered in an engaging way, with interaction between storyteller and audience.

A fifth Anancy story, Why Puss an Dawg Cyan 'Gree, was presented as a puppet show.

The highlight of the session was St Joseph's Teachers' College students' dramatisation of Alma Norman's popular poem, The Ballad of '65, which is about Paul Bogle and the Morant Bay Uprising.

With song, dance and dialogue, the women acted out some of the related events the oppression and distress felt by St Thomas farmers because of the government's policies, the march that Bogle led from Stony Gut to Spanish Town to deliver a letter of complaint to Governor Edward John Eyre, and his refusal to see the delegation.

The poem culminates with the march from Stony Gut to Morant Bay Courthouse on that fateful Wednesday, October 11, 1865, and the violent aftermath that left hundreds dead.

The children's enthusiastic response to the performers last Friday indicated they will remember the function for a very long time.

A week before national Storytlling Day, the Actor Boy Awards (ABA) committee had organised a workshop for new and current judges. The presentations were on music, choreography, acting, light and sound, directing, writing, set design and overall production.

Chevannes spoke about the three-part (beginning, middle and end) structure of stories in general and, especially, plays' plots. The beginning introduces audiences to the work's setting and style, the protagonist (main character), the conflict and major dramatic question, which must be answered by the end of the play/story.

The protagonist must be active, not passive, said Chevannes. So he or she has to push back at the forces trying to keep them from their goal. That goal may change somewhat as the story unfolds, so, for example, the character who may have wanted to go to New York may later settle for Negril.

With the climax comes resolution of the major dramatic issue, after which the play ends, said Chevannes. And she pointed out that members of an audience have different backgrounds, so there may be a multitude of interpretations of a play.

Quoting Peter Drucker's aphorism "what's measured improves", Harris told the judges that the ultimate responsibility of ABA judges is the improvement of theatre in Jamaica. She said all of a production's components lights, set, sound, music etc should serve the story, enhancing the atmosphere or driving the action.

"The set should not just look pretty, it should fit the mood," she said.

Harris also said writers should know what they want of their audiences as they leave the theatre. She asked: "Do you want them to be wondering what they can do to make the world a better place, or to be satisfied because the play was funny and they laughed?"

She might have also asked: "Did it teach them to be kind?"