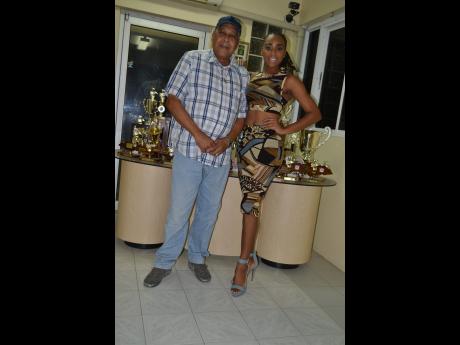 Paradise Lost ambassador Krystal Tomlinson, who recently expressed her excitement and anticipation for the upcoming EDM festival in Jamaica, says it is not only about partying, but paying homage to innovators in the music industry.

According to the former Festival Queen winner and Miss Jamaica World finalist, who spoke with The Sunday Gleaner at King Jammys HQ in Waterhouse, St Andrew, recently, "I am super excited. I am very happy when Jamaicans own and personify Jamaican culture. Too much of what we have created and helped to develop have taken on a foreign flavour, and when it starts to make money, nobody really remembers that the root of it started in Jamaica. So the real innovators and minds behind it don't get a chance to benefit from it."

Tomlinson says Paradise Lost speaks a lot for Jamaicans since it will be produced by Jamaicans and also creates employment for Jamaicans. She also expressed that Paradise Lost has taken a rare stance by merging its marketing with education since some Jamaicans are ignorant of the strength and accomplishment of the island's creative industry.

"The education aspect is important because the first set of people we want to buy into the experience are Jamaicans. The organisers themselves researched the idea and found out what the landscape of the event was about. They were able to learn a lot about the legacy of what we are trying to sell and what the rest of the world is making billions of dollars from. After the learning process, the natural inclination is to share that with the Jamaican people," she said.

Tomlinson admitted that she did not know what dub music was until she spoke with King Jammys, as well as the other organisers of the festival.

She also told The Sunday Gleaner that Jamaicans should do their own research into Jamaica's musical heritage, as well as keep up with the progress of the festival so as to be part of the learning process.

"Now I actually know that dub is a particular sound, and King Jammys has explained to me how they stripped down the sound as far as removing every instrumental until you get to a point that you are only hearing bass and people are able to enjoy that. As people of African descent, we are able to enjoy a good drumline," said Tomlinson, who was also excited to learn of the influence and impact that Jamaican musicians have had on the EDM genre.

The engine behind Paradise Lost is Caribbean Trans Media with CEO Linford Cooper and Chairman Isaiah Laing. Also part of the Paradise Lost team is the Jamaica Tourist Board.

Bassnectar, Felix Jaehn, Big Gigantic, King Jammys and TIESTO have already been booked for the festival. Felix Jaehn is best known for his platinum-selling remix of OMI's Cheerleader single.