‘May I Speak’ suggests solutions to child abuse 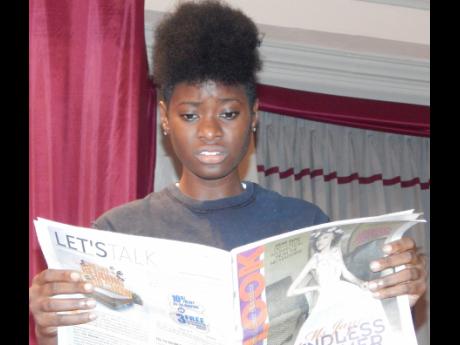 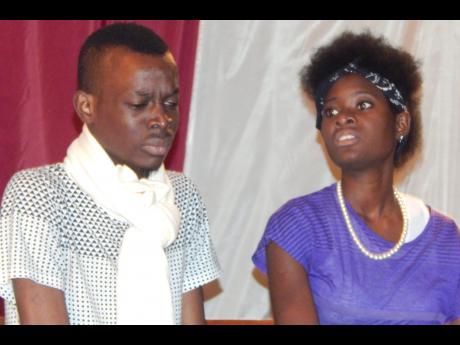 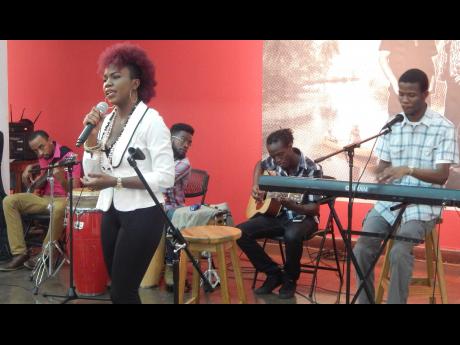 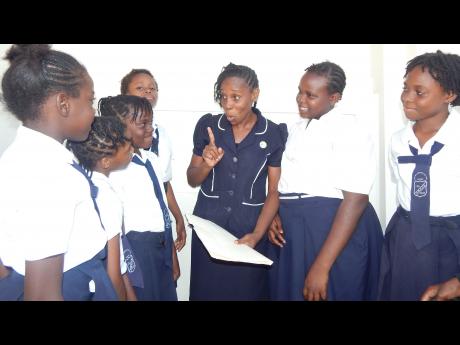 Michael Reckord
Speech and drama teacher Sophia Johnson (centre) has a post-show discussion of 'May I Speak' with her Central Branch All Age School students. 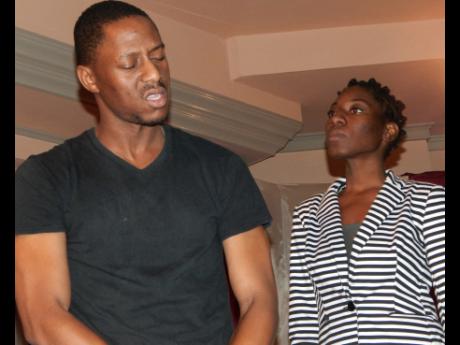 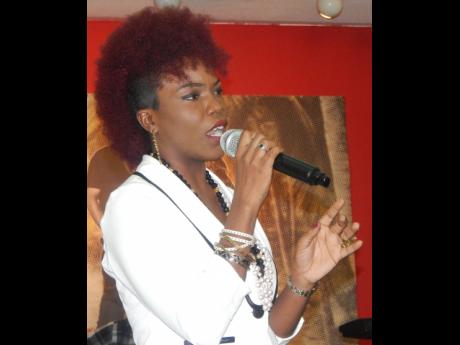 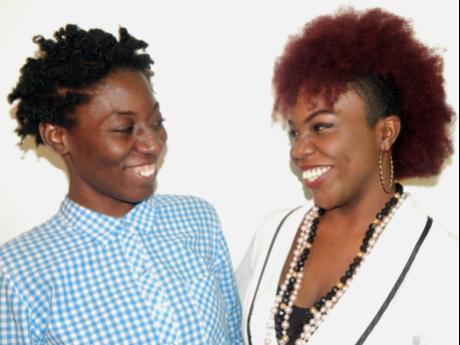 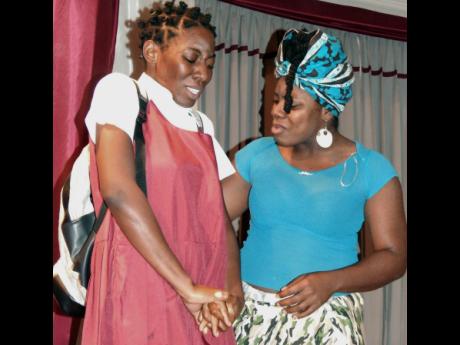 When a distraught father (played by actor Desmond Morris) tells his wife (played by Shantol Jackson) that their 16-year-old daughter is no longer a virgin, their audience, comprising mainly school children aged nine to the mid-teens, shrieked with laughter.

I found it surprising that the younger students responded as they did. When I was nine, I didn't know the word "virgin"; it wasn't in the children's story books I read.

Still, in a general way, I could understand the laughter, for we often "tek bad sinting an mek laugh". But I thought it would be interesting to hear from a psychologist and sociologist why the students also laughed when the following statements were uttered by other actors in the context of tense parent-child situations:

The actors were performing recently at the Institute of Jamaica in a revue, May I Speak, written and directed by Brian Johnson and presented by Articulet, the theatre company of which Johnson is artistic director. Others performers in the revue, which comprised five sketches, were Veronique Smith, Julene Robinson, and Stephen-Rhae Johnson.

Their laughter made me wonder if the younger students didn't fully understand the anti-child abuse theme the producers were trying to dramatise, but I was later assured by speech and drama teacher Sophia Johnson that all her Central Branch All-Age School students got the message. Clearly, children grow up faster than they used to.

May I Speak shows why they do and makes it clear that it's not necessarily a good thing. In a prologue to the sketches, all the actors come on stage and read shocking headlines from newspapers about children being abused.

The first sketch shows Robinson as an absentee parent in England trying to control the life of her daughter (Smith) via Skype and, as it were, send her love online. The daughter, wanting more, resists.

Sketch two is about Morris as the above-mentioned father learning, through a role-play exercise initiated by his wife, how to talk to their daughter about sex and romantic love.

The third sketch features Johnson as a man accused of wounding his girlfriend, being questioned about his motives and background by Robinson. We find out that he learnt his negative attitudes towards women from his father and is continuing a terrible cycle, which he doesn't know how to break.

In the next sketch, Johnson switches from playing a thug to playing God. He says he has "countless charges" of improper parenting against a mother (Robinson), one of them being that she had an abortion. Morris, who plays both her father and her lawyer, defends her, and even as we hear all the problems in her life and the wrongs she did, we hear that she acted out of love for both the children and God.

Sketch five illustrates the emotional pain that bullying can cause. Robinson plays a schoolgirl who is teased by classmates as being black and ugly. Happily, after her mother gives her a pep talk, she finds the strength to turn the tables on one quite vicious student (Smith, who, ironically, has low self-esteem problems, herself).

Though the sketches touch on serious societal and domestic problems, and though the performers play their roles with integrity, unlike many in "roots" productions who overact for laughs, the writer is always able to find humour in the situations. That means the audience is both educated, or informed, and entertained. What more could one ask of drama?

Robinson showed her versatility by playing several roles in May I Speak. I had seen her earlier in October in another revue, The Black that I Am, at Montego Bay's Fairfield Theatre, in which she again performed many parts. And earlier this year, I saw her in the University Players' production of God of Carnage at the Philip Sherlock Centre for the Creative Arts. She was excellent in all her roles, and I knew she was "going places".

On Sunday, I learnt that she is going even further than I thought - to England, to the prestigious Rose Bruford School of Speech and Drama, where she'll be pursuing a one-year master's degree in ensemble theatre. The programme is costly and well-wishers are invited to help Robinson by attending a fundraising show on December 15 at the Philip Sherlock Centre for the Performing Arts, Mona.

Robinson, whose first degree was, surprisingly, in chemistry, told me that the one-night-only show, Seven Shades of Woman, will feature some of the island's best actresses. They include Dahlia Harris, Shantol Jackson, Sakina Deer, Nadean Rawlins, and Petrina Williams, as well as Robinson herself.

On Sunday, Robinson took a front-row seat at the National Gallery to see a good friend of hers perform. On stage, as an actress, that friend is known by her birth name, Shanique Brown; on stage as a singer, with her band backing her, she is known as GiRL.

Performing at the gallery's 'Last Sunday' events, which feature a live act in conjunction with an exhibition of art works, GiRL began her act from behind the audience. As she slowly made her way to the stage, she sang the spiritual Deep River, the first of eight songs, four of them her own compositions.

Judging by her offerings on Sunday, the 23-year-old loves to write and to sing love songs. Her own songs are Love, I'll Wait, Press Play, and Nobody Wins.

She has a bubbly personality and a flexible voice and she chats to her audience between songs, introducing her songs by giving the context of their creation. The band, with which she has been singing for the past four to five years - "from Ardenne days" she told me - consists of Roel Miller (bass), Juvaughn Jones (guitar), Mark-Anthony Reid (percussion), and Aldane Walker (keyboard).