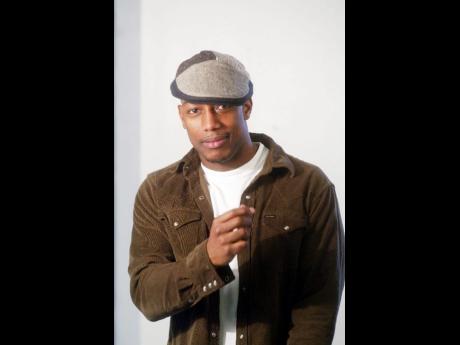 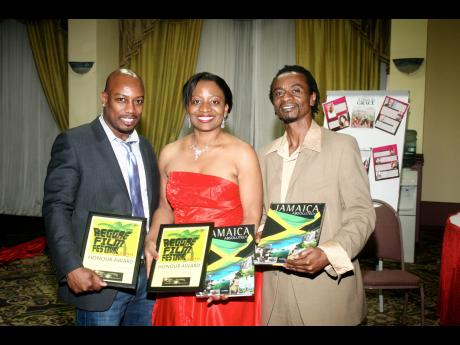 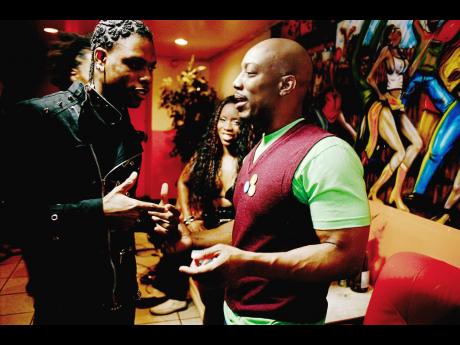 Contributed
Orville Matherson (right) in conversation with dancer Marlon Bling of Black Blingaz on the set of 'Dance For Grace' in New York.
1
2
3

After a successful career producing movies, Orville Matherson is looking to expand his reach in the entertainment industry by venturing into music.

In a recent interview with The Gleaner, the producer of the films Jamaican Mafia and A Dance For Grace, revealed that he and his business partner Elvis Griffiths, decided to start their own record label, YB Records, pointing out that their love for music and their years of experience in the entertainment industry, made their new venture an easy transition.

"Music is a component of making movies so we were familiar with the process. I have been in the business for a while now... my first feature film was done 10 years ago (A Dance with Grace). So based on my tenure in the entertainment industry and the success of my latest film, it was an easy decision," he said pointing out that he and his partner are taking the new venture as a learning experience, gaining knowledge about the business as they go along.

"There is the marketing and promotional side that we are still learning. Luckily for us, we have artistes who create really good music and if the songs are as good as we think, people will gravitate to it and we will grow even more as people see the impact the label and its artistes is making."

While pointing out that his love for the entertainment industry was the main reason behind the birth of YB Records, Matherson revealed that over the years, the issues he faced as a producer in terms of obtaining the rights to use songs for movies was another factor that influenced his decision to start the company.

"We decided that we were going to take our destiny in our own hands and make really good music with substance," he said pointing out that having a one stop shop when it comes to music and films is the way to go. "That (bringing music and film production together) was my goal and I believe I have achieved that with YB Records. We are multi-talented people doing big things and we can only impact the industry positively from here on."

Matherson revealed that since their official launch earlier this month, the label has already signed three up and coming artistes and has landed a distribution deal with VP Records' distribution arm VPAL Music, which will see his artistes' music penetrating audiences worldwide. He expressed that the reception he and his partner have received so far, has surpassed their expectations and revealed that come 2018, he is looking to work with artistes like Starface and Devin Di Dakta among others.

"The reception has been more than we could ask for. We are getting artistes from all over Jamaica and internationally as well, who want to sign with us or work with us in some way," he said. "I think we have an advantage, because we are a production company first and we've done music videos for a variety of well known artistes, so when others see this new move, they are recognising even more that we have something special going on and want to be a part of it. I am enjoying this phase because I see where Elvis and I can make a cultural impact globally and now it's not just with films, but with music as well."