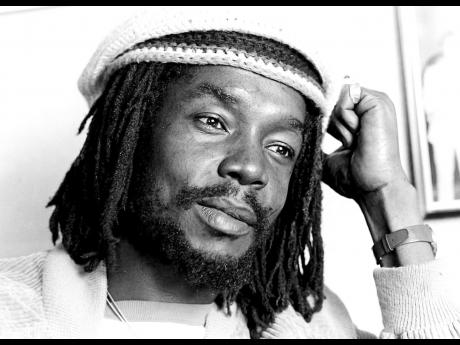 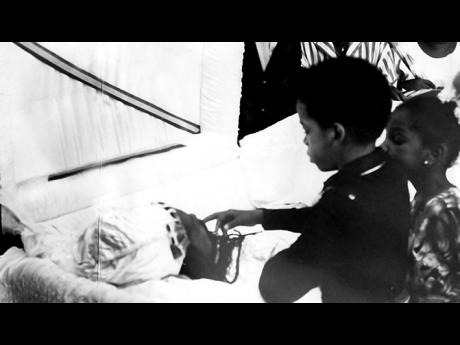 Gleaner Photo
Jawara and Naimbe, looking solemnly at their father as he laid in state at the National Arena. 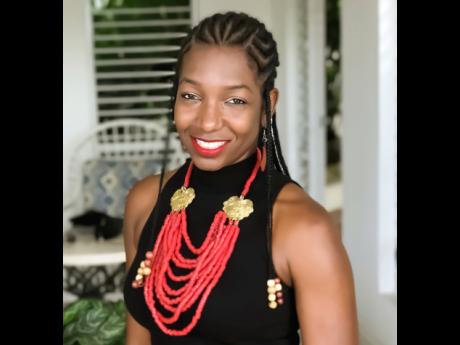 Niambe McIntosh was five years old when her father, reggae icon Peter Tosh, was shot and killed. For her, his memory lives on in the stories her mother and nine siblings shared with her as a child.

"Being his youngest child, I don't have many memories of him, and I think for all my siblings, the most challenging task has been really kind of learning the power we have growing up just being my father's children," Niambe told The Gleaner.

Niambe, who has the responsibility of managing the Peter Tosh Estate and the Peter Tosh Foundation, says she continues to look to her father for inspiration, especially as it concerns her duties as his daughter.

"You are not taught how to run an estate or plan for the aftermath, so another challenging, yet most rewarding thing is learning how to do things the right way and following your heart without fear," she said.

"Having my family behind me and knowing that it is for a purpose that is bigger than myself has allowed us to take that leap of faith that it is the right thing to do," she continued.

She describes her father as humorous (saying not many people would have known that), loving, and giving, but at the same time, "he was a stoic, unforgiving man that stood up for what he believed in". She added that any lessons she learnt from her father came through his music.

"One of my favourite songs is Stand Firm (released in 1978). The lyrics, "live clean and let your works be seen" stand out and have guided me along the way," she shared.

The track was featured on Peter Tosh's third studio album, Bush Doctor, and this year marks the 40th anniversary of the album's release on the Rolling Stone record label.

For this reason, the symposium scheduled for today at The University of the West Indies (UWI), Mona, will highlight the Equal Rights singer as a 'bush doctor' by looking at the relevance of herbal remedies, centred on the reggae icon being an activist and believer in 'bush' medicine.

"With Tosh, there are always recurring themes: equal rights and justice, legalisation of marijuana, connected with his musical philosophy and accomplishments, and this year in those reputes will be no different," said Kingsley Cooper, co-founder of the Peter Tosh Museum.

However, this year, they are doing away with the name 'symposium' for the 15-year-old festival, choosing instead to call it a 'jam session' to make it more engaging to the students of the UWI, where they can share views and have a discussion through music.

"We definitely have intellectuals coming to speak as in previous years, but also, we have to make sure to incorporate talented up-and-coming performers or musicians inspired by Peter Tosh with the purpose of keeping the messages and legacy of my father alive," said Niambe.

Some of the musicians booked for the jam session are New York-based Jamaican currently on the US rock charts Urica Rose, Mason di Emperor (from Japan) and the Rebel Soulz band, and the Nexus ensemble that did a few Peter Tosh renditions last year. The session will be held on the birthday of the reggae icon.

Niambe added, "Like my father, I am an educator. He used his music to inspire people across the globe, and although not a musician, I feel it is also important to bridge the gap between generations. To have a full understanding of the messages of his music with some of the issues that are relevant today - timeless and connecting young people that have the energy and spirit to make changes all over the world."