Welcome to Jamrock cruise sold out, no line up announced - Persons urged to join wait list 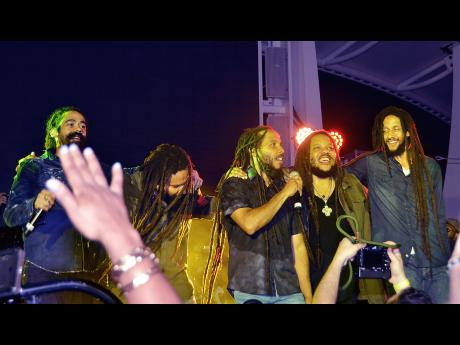 Maybe it's the variety of activities offered, or the chance to get close to top reggae and dancehall artistes, that led to the Welcome to Jamrock Cruise (WTJRC) being sold out before its sixth staging, according to Damian 'Jr Gong' Marley.

As for the 2019 line-up: "The team is still working on the line-up right now but as soon as entertainers are confirmed we will start to release some names," Jr Gong told The Sunday Gleaner.

He expressed surprise at the overwhelming support the cruise has attracted without the announcement of the official line-up. However, the Grammy Award-winning artiste said he is not ready to drop any hints about the line-up one year before the cruise begins.

He added: "I believe that over the past five years we have stayed true to making sure the line-up is of a certain calibre and integrity. By making sure that the cruise delivers that great package, the supporters have over time started to trust us."

He said that the intention all along was to host the Welcome to Jamrock Cruise as a annual event but he did not anticipate that it would be selling out this quickly, with little promotion and revenue spent on advertising.

Not waiting in vain

The Living It Up reggae singer urged interested cruise-goers to sign up for the waitlist to get on board for 2019. "People for whatever reason may switch plans and end up refunding or cancelling tickets," he said.

He promised that it would not be in vain, stating that, "The waitlist is dependable and notifies persons registered if any cabins open up, and that's the only way to get a cabin right now."

The sixth annual staging is scheduled to leave Fort Lauderdale, Florida, on Monday, December 9, and is expected to be an uplifting experience of togetherness and 'edutainment', with stops in Ocho Rios and Falmouth, Jamaica, for its usual five-day duration.

Jr Gong shared that fans are afforded "24/7 experience of their favourite reggae and dancehall icons over five days", with sweet reggae music, dancehall, sound clashes, domino tournaments, football competitions and a host of other activities aboard the Independence of the Seas Freedom-class cruise ship operated by the Royal Caribbean cruise line.

The je ne sais quoi of the cruise is the community experience, said Jr Gong, that comes from having all the names on the line-up on-board, and more significantly participating in the host of events.