Demi Lovato said to be living her best life 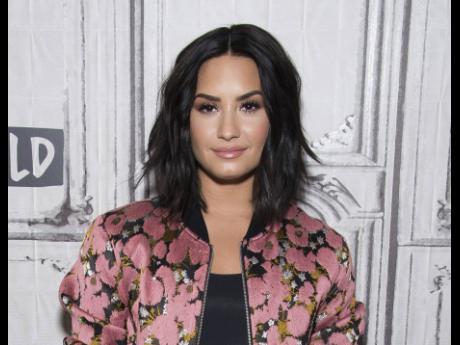 Jax Jones says Demi Lovato is “living her best life” now. The 31-year-old producer worked with Demi on the 2017 single Instruction – which also featured rapper Steflon Don – and he has stayed in touch with the 26-year-old pop star, who was hospitalised last summer following a drug overdose.

Jax was performing at a show in Los Angeles recently and was pleased to get a message of support from his friend, Demi, and he is thrilled that she is doing so well in her life.

Speaking to BANG Showbiz at the Ivor Novello Awards, which took place at the Grosvenor House Hotel in London on Thursday, he said: “Demi’s cool, man. I did a show in Los Angeles and she gave me some well, wishes a couple of weeks ago. She seems like she’s just living her best life, so big up!”

The DJ was nominated for the Performing Right Society award For Music Most Performed Work prize for his single Breathe with Ina Wroldsen, but he lost out in the category to These Days by Rudimental, Jess Glynne, Macklemore and Dan Caplen.

Yesterday, Jax dropped One Touch, his collaboration with Jess, 29, and he is hoping it’s going to get to number one in the charts.

He said: “This track with Jess Glynne, it’s a whopper! It’s a big one. One Touch is a really special song! It’s the best of Jess Glynne and the best of Jax Jones. I hope it gets to number one. I wanna be a part of that!”

Earlier this month, Demi thanked her friends for helping her through her “darkest moments”.

The Cool for the Summer singer logged on to her Instagram account to praise her pals, Sirah and Matthew Scott Montgomery, for sticking by her through the recent struggles in her personal life.

Sharing a snap from their holiday in Bora Bora, she wrote: “ Thank you for never leaving me in my darkest moments, for always drying my tears ... even when they’re from watching Moana .. thank you for being loyal, honest and so grateful for every little thing ... I’m so lucky to be best friends with two incredible souls who are so talented and creative because it inspires me daily (sic).”