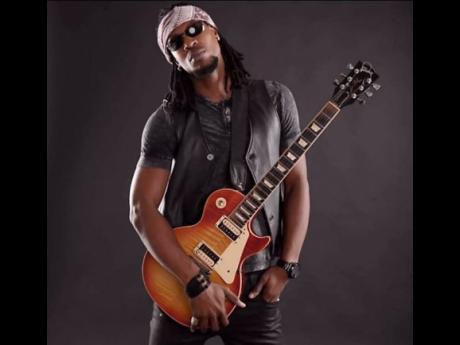 “I’ve recorded two tracks,” Banks revealed to The Gleaner in a recent interview. The singer-songwriter quickly got more candid, speaking about an ongoing, fruitful relationship with Jamaica. “The truth is, the majority of my recording are done here. I’ve been coming here since 2010 to work with the guys here, because my music is heavily reggae-influenced. But I’m always cognisant to put my style on it. When I bring my style, it’s different from how a Jamaican would. So I bring myself, add some Jamaican flavour and take from past influences and create something that is Omari Banks,” he continued.

Bank’s choice to record in Jamaica is not owing to his home country’s resources, or lack thereof. In fact, he admits that their set-up may be just as good, or perhaps even better. “There’s actually a music academy that we are developing, using state-of-the-art equipment. But it’s not just about the studio, I like to work in Jamaica,” he said. And to find musicians who can authentically capture a reggae vibe, especially the genre’s idiosyncratic drum-and-bass combination, Banks has to come here.

All the same, living in Anguilla is to Omari’s benefit, because he performs his bluesy-folk style at local spots, where he meets many people from all over the world. “I find that a lot of Americans are into that music. People who come to the island love what they hear and share it with their friends,” he told The Gleaner. As a result, his fan base has spread into other places, like Carolina, New York, Boston and Baltimore, where he recently played his first sold-out show. “This was a very satisfying experience. Not only was it a full house, but there was an energy during my performance that had people really in tune with the songs and messages throughout the set. It was a great vibe,” he shared.

Still, the former West Indian cricketer has not left the Caribbean out of his scope. He recalled recent performances at St Kitts Music Festival, in St Marteen and also St Barth’s, prior to hitting the promotional (and recording) trail in Jamaica.